FALL ISSUE 2015
Antboy
He can pee acid, crawl on walls and bite a book in half. Welcome to the world of Antboy, Denmark's first real big-screen superhero.
Toronto International Film Festival

12-year-old Pelle accidentally gets bitten by an ant and develops unimaginable superpowers. With help from his friend, comic book nerd Wilhelm, Pelle creates a secret identity as the superhero Antboy, and becomes a local crimefighter. When a supervillain, The Flea, enters the scene, Antboy must step up to the challenge.

With Antboy Ask Hasselbalch, 34, has arrived in the promised land of features. Since 2000, Hasselbalch has been a prolific director of shorts, commercials and music videos with a penchant for entertainment in familiar genres like thrillers and adventures.

“The first thing I thought when I started working on Antboy was, ‘Alright, I’m 10 years old now, what kind of movie would I like to see? What kind of movie wasn’t around when I was 10?’ I knew I didn’t want to make a film for children. I had to make the film for me instead of worrying about what others wanted to see. The point, above all, is to give people the same sense of adventure I got when I watched Batman and E.T. as a kid. Getting away from the realism that characterizes so many superhero movies today and back into fantasy.”

Friendship Is the Greatest Superpower

Antboy, Ask Hasselbalch’s feature debut, is Denmark’s first superhero movie ever. How do you pull off working in a genre that’s so completely dominated by American super budgets? By using irony? No way, the 34-year-old director says.

“Unless you have the money, don’t try to do anything like The Avengers and Iron Man. Do your own concept.”

First-time feature-film director Ask Hasselbalch’s moviemaking maxim makes a lot of sense. A young director from a small film nation like Denmark, where raising funds for a superhero movie is no mean feat, has to serve up something different than the Americans on their bloated budgets.

So, what exactly does a director do when turning the popular Danish children’s books series Antboy into Denmark’s first real big-screen superhero?

Giving the world of American superheroes a local twist, Antboy follows the adventures of Pelle, an ordinary 12-year-old boy who dreams of doing great things – and gets a chance to do just that when he is bitten by a genetically engineered super ant.

“I actually don’t think my approach to the story would have been all that different if I’d had another 10 million euros or more,” Hasselbalch says. “I am a great fan of films from the ’80s, like Joe Dante’s Gremlins, where the effects supplement the story and don’t overpower it. I always figured I would resolve Antboy‘s superhero story by using the camera itself, through the editing and sound, not by using expensive CGI effects. Basically, it’s about appealing to the audience’s imagination, making them believe they see amazing things.” 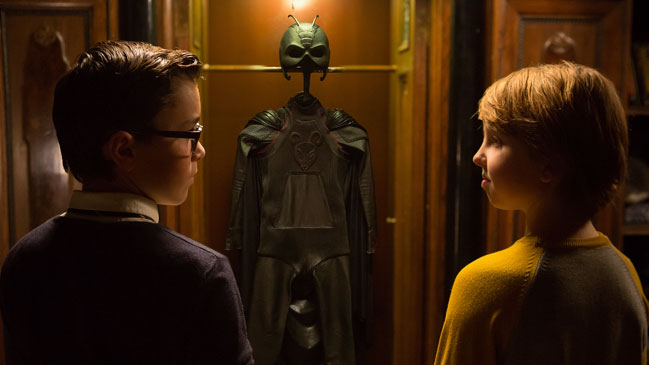 When Pelle acquires unheard-of superpowers after the ant bites him, he gets a helping hand from his friend, another outsider, the comic-book geek Wilhelm, and together they craft Pelle’s secret identity as Antboy the superhero.

“I love genres. Initially, the ambition was to make Antboy a genre film, but as the work progressed, what really stoked me was the friendship theme,” Hasselbalch says.

“As soon as the story of Pelle and Wilhelm and their Antboy project started taking shape, something clicked for me. It may sound a bit maudlin, but I wanted to say that the greatest superpower is the friendship the two boys build, their sticking together. From that point on, Antboy, for me, was more than just a popcorn movie with thrills and spills. The idea that friendship gives you superpowers is fun and original, I think. At least, I never saw it before.”

At this point, some might argue that the American superhero movie Kick-Ass, with its group of friends playing at superheroes, has a similar theme. But that’s not how Hasselbalch sees it. Unlike Antboy, Kick-Ass‘s heroes don’t have actual superpowers. Antboy isn’t a parody: he can pee acid, crawl on walls and bite a book in half – if he’s fed enough candy bars, that is.

It’s not Hasselbalch’s bag to spoof and wax ironic on the world of superheroes. He’s out to make a real superhero movie – one that takes its hero and theme seriously.

“Personally, I’m a long way from all the irony jazz,” he says. “It was enormously important for me not to talk down to children. Consequently, the parents aren’t a big part of the film. I wasn’t interested in them. We never see Wilhelm’s mother. She’s just a voice on the other side of the wall.”

“I wanted to make a family film that has its focus entirely on the children. That’s why the camera doesn’t rise above the eye level of a 10-12-year old unless it’s dramatically called for. Oscar Dietz, who plays Pelle/Antboy, was 142 cm tall when we shot the film, and the camera never goes higher than 142 cm. You don’t think about it when you watch the film, but the film is literally at its audience’s eye level.”

Antboy is produced by Eva Jakobsen, Lea Løbger and Birgitte Hald for Nimbus Film. The film enjoys its world premiere at the Toronto International Film Festival. 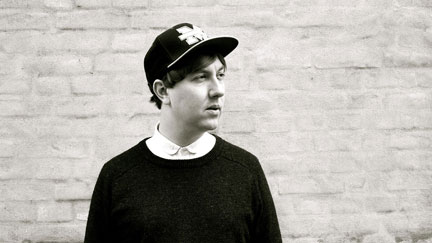 The Most Expensive Costume Ever in Danish Film History

Ask Hasselbalch: “I wanted Antboy to look like a real superhero, not like a boy in a Halloween costume running around and pretending to be one. He had to look super cool. We ended up with the most expensive costume ever made for any Danish movie.”

The costume is designed by Louize Nissen and is sewn in black calfskin leather, with a silicone Antboy logo on the chest, and the back is elastic so it can give during fights. The helmet is black-painted fibreglass based on a cast of the actor’s head – one of the greatest challenges with the helmet was it couldn’t make Antboy look evil. The boots are leather and hand-sewn in Germany.

The Director’s Pick from the ’80s

Ask Hasselbalch wanted Antboy to emanate a certain ’80s film vibe. The director, a great fan of films from that decade, picks his favourite five:

One of the world’s best films. Staying at the kids’ eye level throughout, Spielberg creates a timeless classic.

Scared the living daylights out of me when I was a kid. Only later did I realize that the film is basically about the power of sticking together.

Starts out like a cute Christmas film movie and ends up as outright horror once the protagonists’ new pet starts multiplying into a horde of rampaging terrors.

A perfect example of how to combine popcorn thrills with brain and heart. I could go on for hours about that film. I’ve probably seen it 60 or 70 times by now!

The scene of John Travolta outside at night recording sounds is one of the most powerful memories I have of any film. De Palma is an eternal inspiration for placing the camera to get the most out of a scene.