Bille August’s Night Train to Lisbon is screening in the main programme in Berlin. A romantic thriller based on the Pascal Mercier bestseller, the film stars Jeremy Irons, Mélanie Laurent and Jack Huston.

Last year, Bille August returned to Denmark and directed Marie Krøyer, his first Danish film in 25 years. Now the director is back in international waters with a big German-Swiss-Portuguese production, Night Train to Lisbon, which is screening in the main programme out of competition at the Berlinale.

The film is based on a philosophical 2004 bestseller by the Swiss writer Pascal Mercier. A Swiss Professor, Raimund Gregorius (Jeremy Irons), stumbles on a book by a Portuguese author that moves him to abandon the boring life he has been bogged down in for years and embark on a tantalising quest. Searching for the author, Gregorius is like a detective putting together a puzzle of political and emotional intrigue. Transcending time and space, his journey takes him through the realms of history, medicine and love in search of the true meaning of his life.

August had his international breakthrough with Pelle the Conqueror, which won the Palme d’Or at Cannes, a Golden Globe and an Oscar for Best Foreign Language Film. The director has two other literary adaptations in the pipeline, Vladimir Nabokov’s Laughter in the Dark and the Danish author Henrik Pontoppidan’s Lykke-Per. 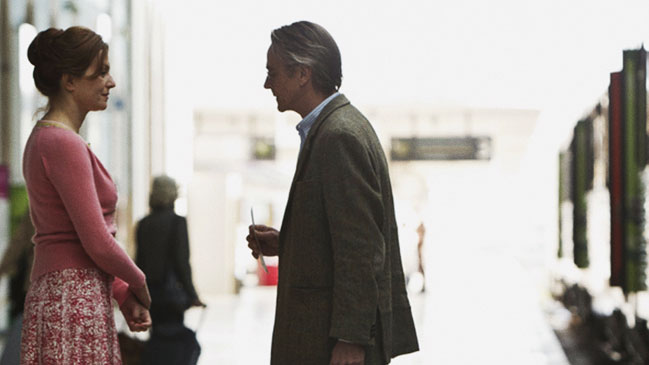