Mikkel Boe Følsgaard, 28, made a remarkable screen debut. A year before graduating from the Danish National School of Theatre, Følsgaard was cast to play the part of the insane King Christian VII in Nikolaj Arcel’s historical drama A Royal Affair alongside Mads Mikkelsen and Alicia Vikander. For his role Følsgaard was awarded a Silver Bear, as the first Dane ever.

Følsgaard has a series of stage performances to his credit and has just finished shooting for Zentropa’s The Keeper of Lost Causes by Mikkel Nørgaard.

For television, Følsgaard has signed on for a ten-part drama series, The Legacy, to be directed by Pernilla August (Beyond) and Jesper Christensen, among others.

“Can I live up to the label that’s been put on me?

Sure, I came back from Berlin worrying that, that was the highlight of my career, that it could only go downhill from there. I had to take some time to remind myself that it’s not about that. It’s super cool to win an award and have people appreciate what you’re doing. It’s a bit like being named Player of the Year in a football club. It’s cool, but that’s not why you do what you do. You do it because you love it.”

Films with powdered wigs generally are not first in line when film awards are handed out. Still, A Royal Affair won two awards in Berlin last year. One, the Silver Bear for Best Actor, did not, as you might have expected, go to international star Mads Mikkelsen, but to young Mikkel Boe Følsgaard making his screen debut as a mad 18th-century monarch.

Mikkel Boe Følsgaard won everyone over, playing “mad” King Christian VII as a confused and impressionable young man with a sensitive horse face and a capricious whinnying laugh. This complex, unforgettable performance was delivered by a young actor who was still a student at the National School of Performing Arts in Copenhagen, and he had to rush back to finish his degree after all the ballyhoo in Berlin.

Having graduated as an actor, Følsgaard knows no one ever really finishes his education in his profession. Actors are always acquiring new skills to handle new challenges.

Now, Følsgaard, 28, is back in Berlin as one of this year’s Shooting Stars. Another challenge altogether is learning how to deal with so much early success. He has even wondered: What if it’s all downhill from here?

An impressed Mads Mikkelsen told a reporter visiting the set of A Royal Affair in the Czech Republic in spring 2011: “I really don’t know if I can teach Mikkel anything.”

Still, the young acting student had a lot of adjusting to do when he arrived at the set, but he quickly impressed the film’s director, Nikolaj Arcel.

“The difference from day one to day forty of the shoot was enormous,” Arcel says. “He was growing every day, taking it all in, like he was in the world’s most intense drama school. The last couple of weeks I barely had to direct him. He came up with tons of ideas for every scene and every line. He got a handle on all the technical aspects in an incredible short time and he started delivering under extreme pressure, like you usually only see very experienced actors doing.”

One of the biggest challenges for a stage actor is that a film shoot lacks linear chronology. The shooting schedule dips in and out of the characters’ development. The film has “mad” Christian VII undergoing a highly tumultuous emotional development, by turns eccentric, enthusiastic, histrionic and apathetic. To get a handle on it, Følsgaard made a graph and plotted in where he was on Christian’s emotional curve in any given scene. It worked. 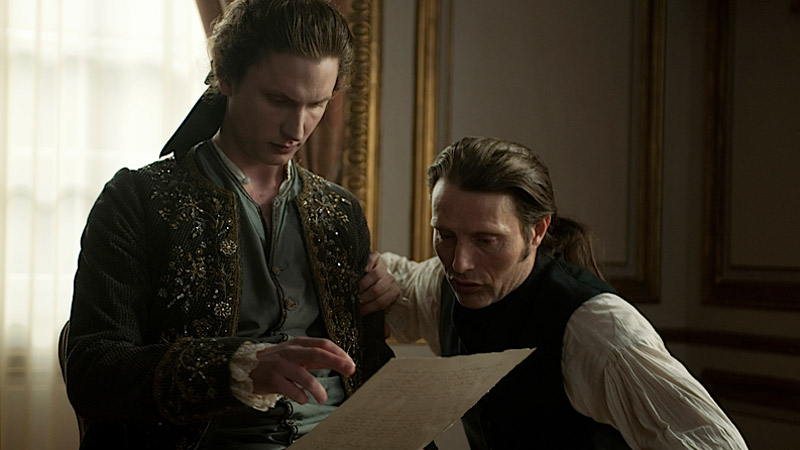 Følsgaard doesn’t talk or act like a rookie. And in fact, the recent acting graduate already has a lot under his belt. Born in 1984, he grew up near the woods and the sea among some of Denmark’s most scenic natural surroundings. Though he’s not from a stage family, at age 10 he ended up at an audition for a major Danish TV series. The series told the life story of Carl Jacobsen, who founded the later world-famous Carlsberg brewery and became a dominant force in Danish arts and culture – to this day, “the brewer’s” fortune is a major source of funding. Følsgaard got the role of playing Jacobsen as a boy, wild-haired and big-eared.

Like many other young talents, Følsgaard was encouraged by a teacher at a critical time. His high-school drama teacher was a Shakespeare expert, and he lit a love of the Bard in his student that never abated. With a group of peers, Følsgaard started a small theatre group and did modernised Shakespeare. After some hesitation, Følsgaard had to face the facts: his passion for acting had grown from a hobby to an ambition.

Acting his heart out in various theatre groups, Følsgaard was clearly a talent, thought not the kind whose future is handed to him on a platter. Three times he applied to the School of Performing Arts and three times he was rejected. Eventually, he threw in the towel and started at teachers college, but only lasted a year before he was finally accepted at the School of Performing Arts. Three and a half years later, he found himself on stage in Berlin receiving his award. 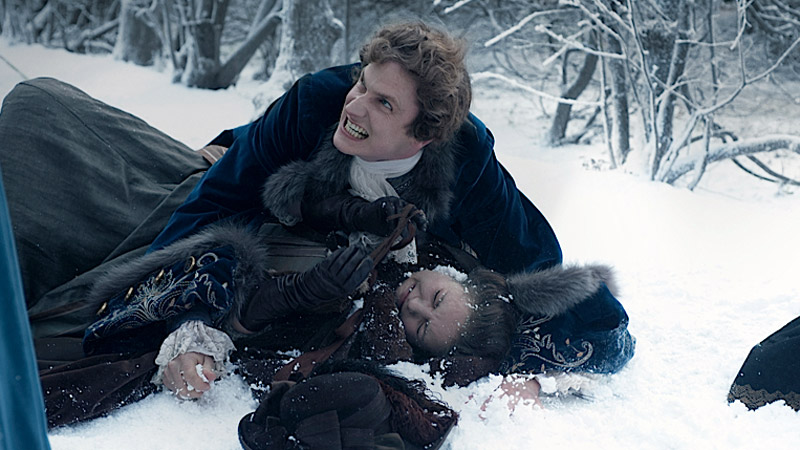 “It was surreal. I couldn’t believe it,” Følsgaard said when he returned from Berlin in 2012, Silver Bear in hand. A year later, his feelings are more mixed.

“Can I live up to the label that’s been put on me? Sure, I came back from Berlin worrying that that was the highlight of my career, that it could only go downhill from there,” he says. “I had to take some time to remind myself that it’s not about that. It’s super cool to win an award and have people appreciate what you’re doing. It’s a bit like being named Player of the Year in a football club. It’s cool, but that’s not why you do what you do. You do it because you love it.”

Unlike so many other young people these years, Følsgaard has not graduated into a life of unemployment. He has signed on for a part in a major Danish TV series, The Legacy, directed by Pernilla August among others, and he recently played the protagonist’s brain-damaged brother in The Keeper of Lost Causes, a feature based on a novel by Jussi Adler Olsen, Denmark’s biggest name in crime writing.

But his next role is on stage. Følsgaard is starring in an experimental play by Katrine Wiedemann, one of the most daring directors in Nordic theatre today.