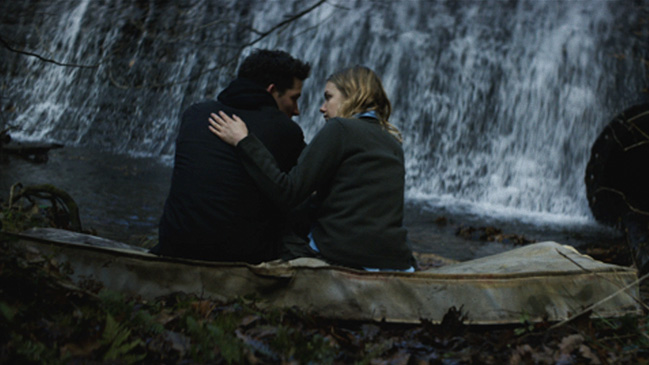 19. jun 2019 | TALENT DEVELOPMENT. 'Danes Do It Better!' is the title of a special programme at Neuchâtel Fantastic Film Festival about Danish inventiveness and the talent programme New Danish Screen. Former DFI producer Johnny

02. jun 2015 | FESTIVAL. A dark chapter in Danish history is unveiled in Daniel Dencik's "Gold Coast," the director's third film to be selected for competition at the Karlovy Vary Film Festival, opening its 2015 edition on

30. mar 2015 | CPH PIX. Denmark's largest feature film festival, running 9-22 April, offers a wide range of events, talks, concerts and, of course, new films from around the globe. For now, these are some of the local

23. feb 2015. Jeppe Rønde is bringing out his first fiction feature, Bridgend, a story based on a real-life wave of teen suicides in Bridgend County, South Wales. Over six years, the director made frequent visits

01. feb 2015 | AWARDS. "In Your Arms" by Samanou Acheche Sahlstrøm was named Best Nordic Film at Göteborg Film Festival, announcing its winners on Saturday. Among these were also Joshua Oppenheimer's "The Look of Silence"

07. jan 2015 | FESTIVAL. Michael Noer's "Key House Mirror" and Samanou Acheche Sahlstrøm's "In Your Arms" are selected for competition at Göteborg International Film Festival. Sixteen Danish films will be presented at the

Film about Bridgend Tragedy to Rotterdam

06. jan 2015 | FESTIVAL. Jeppe Rønde's "Bridgend," based on a true story about a series of mysterious suicides in Wales, is selected for competition at Rotterdam Film Festival, setting off 21 January.

First fiction feature by Jeppe Rønde who is acclaimed for his documentary films Jerusalem My Love and The Swenkas.