By Annemarie HørsmanUn Certain regard

Viggo Mortensen has his first Danish-language lead role in Jauja, an international feature produced with Kamoli Films of Denmark. For Danish producer Helle Ulsteen, it's been an adventure working with director Lisandro Alonso in Argentina and Denmark to make his film come true.

According to ancient myths Jauja was a land of abundance and happiness. It is said that many expeditions have ventured to the place and that anyone who has tried to find this earthly paradise got lost on the way.

Jauja is also the title of Lisandro Alonso’s drama starring Danish-American Viggo Mortensen as a Dane who journeys with his young daughter to an unknown desert that exists in a realm beyond the confines of civilization.

FILM talked to Danish producer Helle Ulsteen of Kamoli Films about her experience working on Jauja:

Q: How did you get involved in the production of Jauja?

I have built up a solid network over the years and produced all my art-house films in international, artistic partnerships. Because of my international brand, I was asked to join Jauja right from the beginning – which is actually only two years back. I met with director Lisandro Alonso from Buenos Aires, and he told me about his idea, which he had written a treatment for with the Argentine poet Fabián Casas. The film would be set in Denmark and in the wilderness of the Pampas. He wanted to hear my thoughts about how we could make that happen.

Lisandro also really wanted one of Denmark’s many castles in his film. In his universe, they seem very surreal – and therefore a perfect location. Also, he was reading Karen Blixen.

I took a box home with me of Lisandro’s collected works and I watched his unusual films. That stoked my desire to take up this challenge together with a director who is all his own – who doesn’t give a hoot about trends and the standard way of doing things. On the contrary, he presents a whole new universe, as I see it.

Q: What drives you as a producer?

For me, it’s about freedom, artistic curiousity, and people coming together – absolutely not about clever funding models. In particular, I’m always looking for playfulness, courage, and the magic that happens in the artistic meeting between different expressions and temperaments.

I immediately fell for this Latin American cowboy who grew up with his brothers on a blueberry farm where no one cared about film. And we decided to take action. Our next wish was to get Viggo Mortensen to join our ‘band’. The adventure was ready to begin …

Q: Most of Jauja was shot in Argentina, but you also shot scenes at an old Danish manor. How did your prepare for the shootings in Denmark?

It all began with Lisandro and I borrowing a beige Italian retro camper and making a road trip through the Danish countryside. The camper could go maybe 40-50 km an hour and probably hadn’t been out for a spin since the ’70s. So there was a lot of black smoke and noise and one window wouldn’t close. We had coffee with countesses and barons, who were curious about this director all the way from Argentina and his visions. They finally agreed to let us film at their castle.

We also met with several DOPs. We ended up picking Timo Salminen of Finland, who is known for shooting Aki Kaurismäki’s films. He is a sublime cinematographer and was actually dreaming about filming in Argentina.

Q: The Danish shoot was set to commence only a few months later, in July and August. How did that work out?

Yes, we worked very fast. It rained nonstop the first three weeks of July. Then suddenly, when we arrived at the castle for our first day of shooting in the last week of July, the sun came out and there was a heat wave! We had put a good, little crew together, but of course there was still a lot to keep track of – not least our five huge Irish wolfhounds that would be running free inside the castle and the gardens and the woods as part of the film.

I was seriously concerned that they would eat the countess’s beloved little dogs or swallow her rare birds or chase the ducks and go berserk among the wildlife at the place. It’s absurd how big these Irish wolfhounds are – bigger than Great Danes … But the overall mood of our ‘gang’ was great and at night we had Argentine barbecues under the light summer sky.

Q:  What experiences do you take away from the partnership?

I have learned a lot from the process. It was really an adventure. And now Cannes. This fall I’m planning to set up a Nordic Master Class in connection with the release of Jauja in Denmark, where I would love to share some of the gold we discovered on our way. I know that a lot of independent Nordic producers are looking to strengthen their networks and want to develop strategies for attracting creative talent and finding new markets.

Personally, I’m passionate about the American market and now also the South American. Especially, I am super excited to see how Jauja is going to be received in Latin America. I think it’s an important future film market, also for Scandinavian films. That was also one of my original goals – gaining more experiences there on behalf of Nordic producers and strengthening creative cooperation with that part of the world. As it were, we also have a Mexican producer on the film.

We are all very proud that Cannes picked our film for Un Certain Regard. And we cannot wait for the world to see this. It’s been a passionate adventure to make this film come true. It’s really a film made full of heart and art. 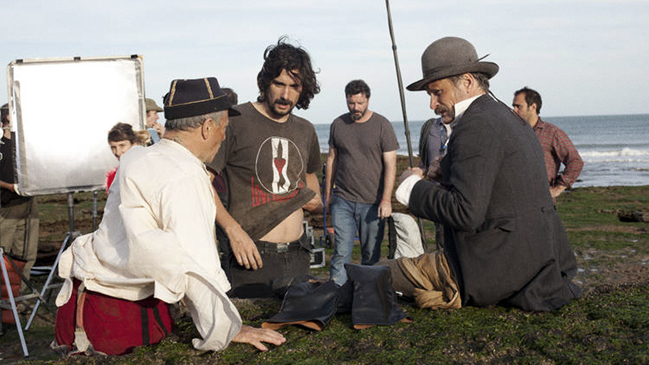 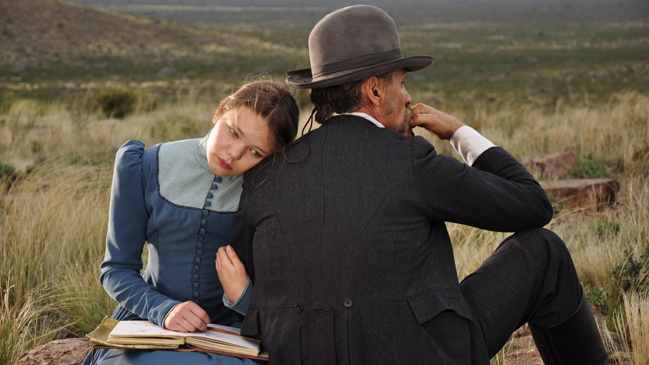 Producer Helle Ulsteen, born 1962, is a member of the producer associations EAVE and ACE and part of the expert team at Venice Biennale’s Cinema College.  Ulsteen founded her international production company Kamoli Films five years ago.

Her latest films include Just the Right Amount of Violence (2013), Sweden’s 2012 candidate for the Oscars Beyond, Cinema for Peace nominee Aung San Suu Kyi – Lady of No Fear (2011), Oscar nominee and multi-awardwinner Burma VJ (2010), Emmy Award nominee Smiling In a War Zone (2006), and EFA nominee Shadow of the Holy Book (2007). Ulsteen produced a number of films in relation to Dogme 95 and Lars von Trier.

Jauja, which is supported by the World Cinema Fund, is a co-production between 4L of Argentina, Kamoli Films of Denmark, Perceval Pictures of the US, Fortuna Films of the Netherlands, Mantarraya Producciones of Mexico, Les films du Worso of France and Massive of the US.

Ghita Nørby, grande dame of the Danish stage and screen, plays a woman who suddenly comes into the life of Viggo Mortensen’s character, while his daughter is played by rising star Viilbjørk Malling Agger.