Copenhagen Bombay likes to do its own thing. Create quirky universes. Wager on new talent. Insist that children and teens are entitled to quality films. “As adults, we have a big responsibility to hold children’s curiosity for as long as possible,” owner and CEO Sarita Christensen says.

The producer Sarita Christensen and the director Anders Morgenthaler left Zentropa in 2006 to start their own company. Their mission: to produce quality films for children and young people. As they saw it, no one else was really doing that.

“There is no prestige in producing children’s films in Denmark,” Christensen says. “But in fact, it’s so much fun to tell stories for kids. And it’s a different kind of responsibility, because kids can’t go out and make something for themselves.”

“The biggest experiences of our lives we tend to have as children. That’s when all the gates are open, imagination is unbridled and the things we see and play with really impress us. As adults, we have a big responsibility to nurture the curious child, so society has something to sustain it when the rest of us get old and tired. So, for me, there is a bigger ideology behind the ambition to produce good children’s films,” says Christensen, who runs the company on her own today.

Original Worlds
Copenhagen Bombay has so far specialised in animated films for children and documentaries for teens.

Michael Noer, whose second feature, Northwest, is soon to hit the theatres, started his career as a pioneering documentary filmmaker at Copenhagen Bombay, making the raw and honest The Wild Hearts, about a moped gang on a jackass road trip, and the equally unvarnished Vesterbro, about a young couple having a crisis.

Christian Sønderby Jepsen broke through last year with his documentary The Will, a close-up look at a debt-ridden, semi-alcoholic young man, Henrik, who is thrown into a Shakespearian family tragedy over an inheritance.

Karla von Bengtson had a hit with Tigers and Tattoos, an animated short about a girl, Maj, and her tattoo artist uncle who escape on a motorcycle from an angry customer whose back Maj has tattooed.

Esben Toft Jacobsen had his international breakthrough with The Great Bear, an animated feature about a boy who has to save his little sister from a giant bear. The film was selected for the Berlinale.

Jacob Ley’s whimsical and magic family saga The Secret of the Ice Flower won raves from critics and was selected for a string of festivals. Ley is currently producing his first feature, Get Santa.

We make our living as a modern house of stories that keep up with the times but also have so much substance that they aren’t dictated by the times.Sarita Christensen

Three productions made a particular mark
“These are very different productions. The common thread is that each film represents its own universe. Plus, in each film we try to present a quirkiness and a look that hasn’t been seen before. At least that’s what people out there tell us: that we have an original style and our own way of telling stories,” Christensen says, singling out three films that have made a particular contribution to Copenhagen Bombay’s profile.

“The Great Bear opened the door to the international market. It was crucial that we made that film at that time. Tigers and Tattoos proved that a quirky 45-minute film can be a theatrical hit and make its money back, if it’s handled and distributed right. The Will proved that it pays to put up a fight. It ended up winning a Bodil and was the year’s most seen theatrical documentary.”

Good Stories for Today and Tomorrow
The core of Copenhagen Bombay is focusing on good stories, making room for talent and spending time developing original concepts that, if called for, can unfold across several platforms.

“We make our living as a modern house of stories that keep up with the times but also have so much substance that they aren’t dictated by the times. It’s about standing fast. Working with things, giving storytellers space and combining professional craft with the demands of the day – including when it comes to creating products that match how children and young people spend their time,” Christensen says, referring to the fact that her company also produces games, online worlds and TV series.

Clearly, talent flourishes at Copenhagen Bombay. But can a company make money from talent? Yes, Christensen says, if you handle talent the right way. It is a requirement that the producer spend time and resources to create a shared understanding with the director about the financial and practical framework of the production.

“To make a profit from talent development and quality, it’s not enough to be efficient. You also have to be better, cheaper and faster,” Christensen says.

How do you do that? 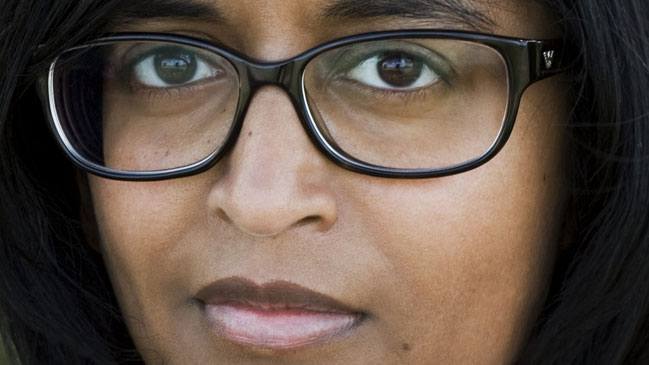 The company was founded in 2006 by producer Sarita Christensen and director Anders Morgenthaler. Today, Christensen runs the company on her own.

Copenhagen Bombay productions include animated films – The Apple & The Worm by Anders Morgenthaler, The Great Bear by Esben Toft Jacobsen, Tigers & Tattoos by Karla Bengtson and Carsten & Gitte’s Movie Madness with concept by Anders Morgenthaler – and documentaries – Vesterbro and The Wild Hearts, both by Michael Noer, and The Will by Christian Sønderby Jepsen.

The name, Copenhagen Bombay, combines the names of the cities where the company’s original founders were born. Anders Morgenthaler is from Copenhagen and Sarita Christensen was adopted from Bombay.

Cartoon Movie will see the participation of Get Santa by Jacob Ley and Beyond Beyond by Esben Toft Jacobsen, an international co-production that is executive produced by the Copenhagen Bombay Sweden subsidiary.

While Copenhagen Bombay is still looking forward to its first big international co-production, it does have a project in the pipeline.

At this year’s Berlinale, Sarita Christensen launched Bombay Basic, a set of rules for live-action films for kids. One rule triggered more debate in the Danish film industry than any other. It’s the one that states that Basic films can’t be about death. According to the producer, the problem with Danish children’s films is that they are too heavy and hard to watch.

“I’m not sure that children today benefit from watching heavy, social-realist films about tough realities. Children today get so many impressions from the real world. It’s impossible to shut out the real seriousness and crises of the world. Accordingly, the need for a haven has grown. Children today need to be entertained,” she says.

“I don’t see the same problem with animated films and other non-real worlds, because they work with magic. In animation, you can, and should, do anything. That’s what’s so great about it.”

Beyond Beyond in our Cartoon Movie catalogue

Get Santa in our Cartoon Movie catalogue