A sci-fi thriller, low-budget dramas, a fashion horror tale and quite a few first and second features are among the projects coming out of Denmark in the next half year.

Rasmus Heisterberg, Nikolaj Arcel’s longtime writing partner on such notable titles as The Girl with the Dragon Tattoo, A Royal Affair and The Absent One, has embarked on his directorial debut. In the Blood, a story about finding your identity in your twenties, is set in Copenhagen during a summer of warm days and bright nights. Produced by Profile Pictures.

Guðmundur Arnar Guðmundsson spent last spring and summer at the Cannes Festival’s Résidence programme in Paris developing his first feature, Heartstone. Shooting in Iceland until the beginning of October, the film is a drama about friendship and love between two boys living in a secluded fishing village. The Icelandic director received a Special Mention at Cannes in 2013 for his short, Whale Valley. Produced by SF Film Production. 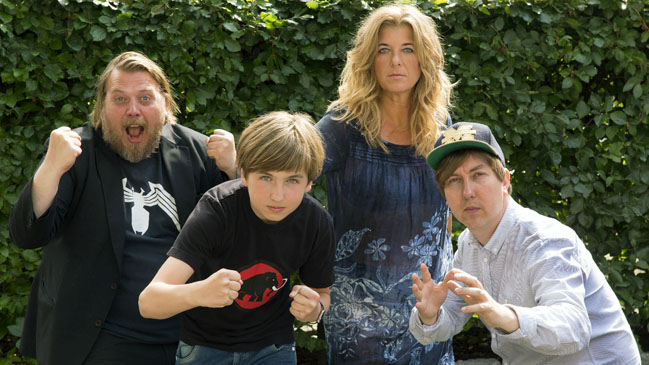 It’s time for the ultimate showdown in Ask Hasselbalch‘s third and last film about young Pelle who keeps evildoers at bay in the shape of his superhero alter ego, Antboy. Danish actress Paprika Steen takes on the role as Antboy’s new archenemy, Alicia Dufort, a powerful business executive who poses a serious challenge to our young hero. Produced by Nimbus Film.

Danish filmmakers are showing increasing interest in making films on tight budgets. It’s challenging, fuels creativity, and is less of a hassle not to have to secure major funding, are some of the views. Now in production are the first two films made within the framework of the Danish Film Institute’s new initiative (read more at dfi.dk ) set up in response to this low-budget trend: the coming-of-age drama Anti by Morten BH (second feature) and the family film Villads from Valby by Frederik M. Nørgaard (first feature). Produced by Miso Film and Regner Grasten Filmproduktion, respectively.

Iranian-born director Ali Abbasi is bringing out his first feature, Shelley, a psychological thriller about a couple who enter a pact with their Romanian house cleaner, Elena, to bear their child in return for a large sum of money. But soon it’s clear that there is something not quite normal about the life growing inside Elena. Produced by Profile Pictures. 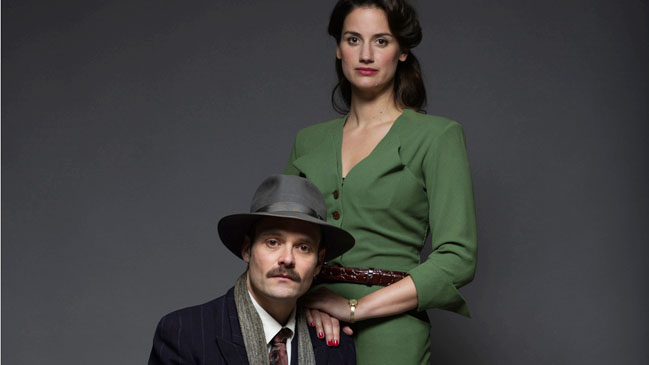 Nicolo Donato, who released his feature debut Brotherhood in 2010 to great acclaim, is now readying his second feature. Birds across the Strait, based on true events, takes place in 1943 when a group of Danes were active in helping Jews escape the Holocaust by sailing them across the narrow strait of Øresund to neutral Sweden. The cast includes Danica Curcic, David Dencik and Mikkel Boe Følsgaard. Produced by SF Film Production.

In What We Become, Bo Mikkelsen is taking up the horror genre and infusing it with Scandinavian realism. His feature film debut centres on a family in an idyllic Copenhagen suburb whose lives take a dramatic turn when a mysterious and deadly flu epidemic causes havoc in the town. Produced by Meta Film. 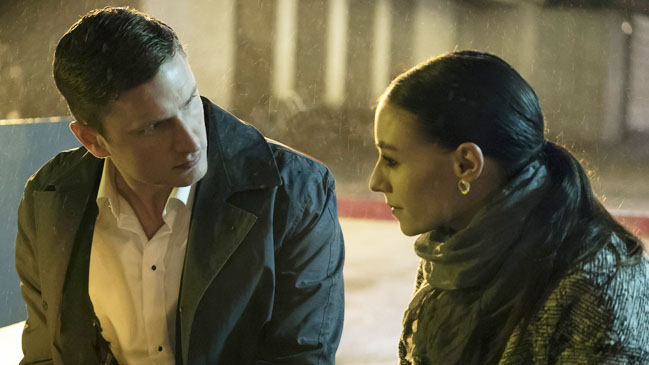 Mikkel Boe Følsgaard, a much in-demand actor who had his breakthrough role in Nikolaj Arcel’s A Royal Affair, takes the lead in Walk with Me directed by Lisa Ohlin (Simon and the Oaks). Here he plays a young soldier who, after losing both his legs from a landmine accident in Afghanistan, forms a strong bond with a young ballerina who helps him regain his strength. Produced by Asta Film.

Afghan director Shahrbanoo Sadat and Denmark-based German producer Katja Adomeit are in production with Wolf and Sheep, shot in Sadat’s own central-Afghanistan village. The film is Sadat’s first feature and portrays, through the eyes of shepherd children, rural life and its beliefs, traditions and myths. Produced by Adomeit Film.

Director Jesper W. Nielsen (Through a Glass, Darkly and TV series Borgen and Dicte) has finished shooting The Day Will Come featuring Lars Mikkelsen and Sofie Gråbøl who last paired up in the first season of The Killing. Based on true events, the drama is set in the blooming 1960s and centres on two young brothers who are robbed of their lives when they are placed in a boy’s home forgotten by time. Produced by Zentropa. 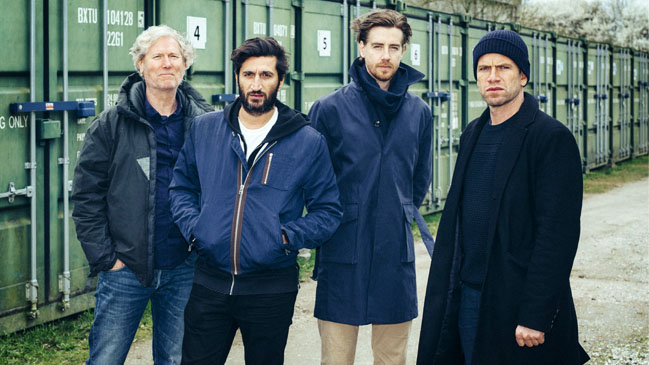 A Conspiracy of Faith is the third installment in the crime series about cold case detective Carl Mørck and his assistant Assad. Hans Petter Moland (In Order of Disappearance) takes over from Mikkel Nørgaard who directed the first two adaptations of Jussi Adler-Olsen’s novels in this dark tale involving the disappearance of a pair of siblings from a religious community. Produced by Zentropa.

After receiving unanimous critical acclaim for The Art of Crying in 2006, Peter Schønau Fog has kept a low profile. Now, almost ten years later, the director is soon set to release his second feature film, You Disappear, an adaptation of Danish novelist Christian Jungersen’s book about the personal consequences of a man’s brain damage. Produced by Zentropa. 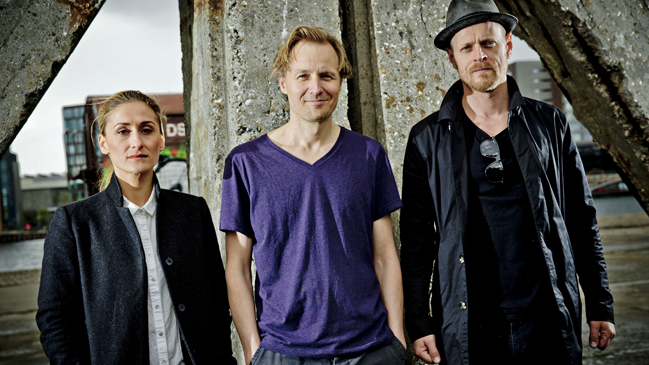 The city of Copenhagen is flooded in a new sci-fi thriller, Fang Rung, the first fiction feature by acclaimed documentary director Max Kestner. Set in the year 2095, in a world ravaged by ecological disaster, head of intelligence Fang Rung undergoes molecular fission, part of him travelling back in time on a secret mission to save the world. Produced by SF Film Production.

Henrik Ruben Genz, known for a string of darkly humorous dramas (including Karlovy Vary winner Terribly Happy), has turned his lense on the Danish-Norwegian nobleman Tordenskiold, who won fame for his daring exploits in the Royal Danish-Norwegian Navy. Jakob Oftebro (Kon-Tiki) embodies the 18th-century hero in this historical drama produced by Nimbus Film. 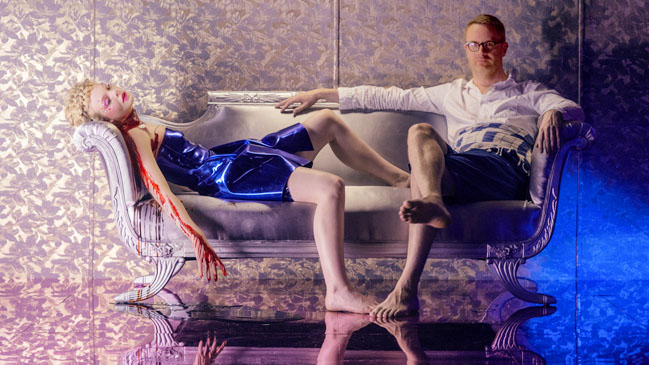 Editing, visual effects and sound design are about to begin for Nicolas Winding Refn‘s The Neon Demon which was shot this spring in Los Angeles. The film is a horror tale about an aspiring model, Jesse, who moves to L.A. and soon attracts the attention of a group of women who are dangerously obsessed with her youth. An all-American cast including Elle Fanning (as Jesse), Karl Glusman, Jena Malone and more features in this co-production between Denmark (Space Rocket Nation) and France (Wild Bunch and Gaumont), scheduled for completion in early 2016.