The "low-budget" phenomenon is hardly new, but it's getting increased attention at a time when talent is plentiful, funding limited and technology more available than ever before. FILM asked four film professionals from different corners of the industry about their experiences and thoughts on producing films on tight budgets. 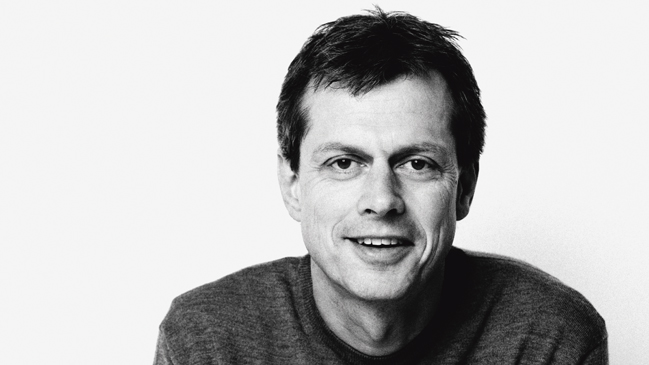 The challenge in Denmark, broadly speaking, is that we have too little funding relative to the talent pool. We need more films if we are going to maintain diversity and high standards in the available range of films. Now that technology makes it possible to make feature films for relatively little money, we at the Danish Film Institute want to support the concept of low-budget films, because that can lead to more films being made.

Consequently, we have launched an initiative enabling filmmakers to apply for funding across the existing schemes, that is, under both the more artistic and the more commercial schemes. The support is aimed at films with a maximum budget of either EUR 0.4m or EUR 0.8m.

The initiative is important because we can get new talent started more quickly. Too many young directors wait far too long before making their feature-film debut. The initiative also aims at the potential of playing around a bit with distribution forms, since these low-budget films have less private money at stake than usual. Maybe they won’t even be shown in theatres. Maybe they will go to VOD, then TV, and then theatres. We can play around with all kinds of new combinations that account for the fact that people’s film-watching habits are changing.

We also hope that low budgets will compel filmmakers to make their films in new ways and that that will generate new kinds of stories, new forms of revenue and new production methods that will set a precedent. In other words, to produce innovation also in terms of content and form.

But the scheme should not be seen only as an opportunity for first-time filmmakers. We want to invite filmmakers who already have one, two or maybe ten features on their résumé to work in this fashion, too. We can tell from other countries that this type of micro- or low-budget scheme also appeals to more experienced names who, in between bigger projects, have found great pleasure in making less expensive movies with a tight concept. 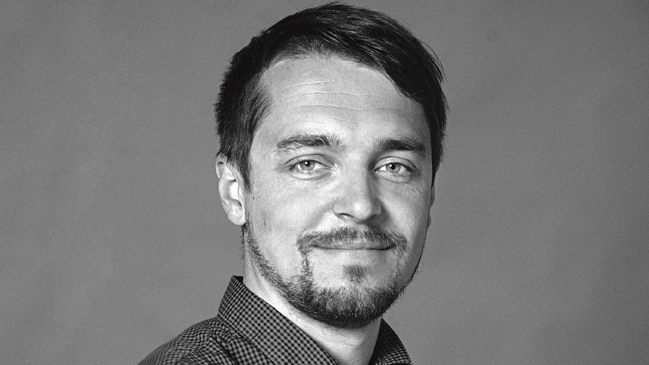 There can certainly be lots of energy in low-budget films. At least, a different kind of energy, as I hope you can tell in our film Shelley. An audacious energy. The low-budget films that are currently being made all over the place can be seen as protest films of a kind – a protest by directors that they have to wait so long for major funding, which is harder for new talent to secure. “Let’s do it now, now’s the chance!” Small budgets offer a lot of creative freedom. That energy shows through in the films, if they turn out good.

Producing a low-budget film isn’t business as usual at all. On Shelley, we had a single location, which was extremely important to us. We had three actors and we had a short shooting period of just three weeks. It was like an intense outburst of energy. We stayed in a hostel near the location. We were together 24 hours a day. We brought along a chef who cooked three meals a day, really good food, and there was a good atmosphere of being together.

As a producer you have to be involved already in the development process. It’s not enough to just latch on during preproduction. You’re much more of a jack-of-all-trades than on regular films. I was 100% part of the actual shoot. The economy has to be micro-managed and I have to help drive the process forward and build up an atmosphere.

A lot of these films are being made all over the world. It’s nothing new that way. I think the Danish Film Institute’s new initiative may add something good by supporting the trend. It may give some freedom and provide an outlet for creative energy in the industry. 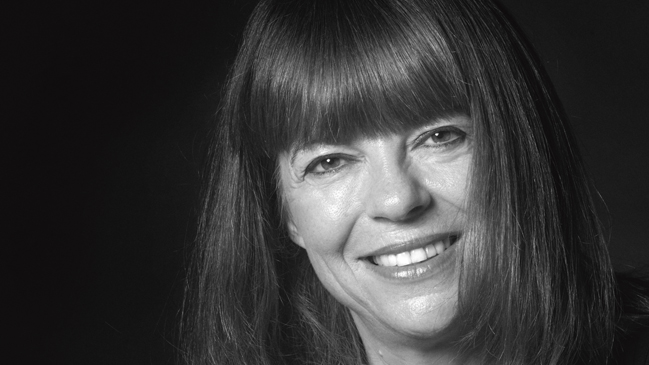 THE HEAD OF FILM SCHOOL

Vinca Wiedemann
Director of the National Film School of Denmark

Quality isn’t dependent on price. Low budgets in themselves don’t heighten quality. Anyone who has ever made an amazing cucumber sandwich knows that a cucumber sandwich can taste every bit as amazing as oysters. They are two very different dishes, and we can talk about quality in either case. We can also talk about the quality of the preparation, the ingredients and their combination. That’s also the case when you talk about films.

Unlike before, when young people had to go to  the Film School to start making films, today almost everyone has made films before they get in. And the films are made without access to millions of kroner. Broadly speaking, young people today don’t need the Film School or the Film Institute, because it’s so much easier now to access the technology and make films without our help. That requires a redefinition of our roles as public institutions.

At the Film School we should stimulate our students to have a broader range of expressions. If you only work on the market’s terms or make what you think is exciting in the here and now, you run the risk of not testing yourself enough artistically. The Film School can help challenge young people’s ideas about themselves, get them out of their comfort zone, and help them refine and develop their expression in collaboration with others. Then, maybe, they’ll make something that’s decidedly new and different.

Today, there isn’t necessarily a lot of money available for making good films. At the Film School, we are very conscious about relating to that reality. This takes a knowledge of what things cost. Creating a clever production concept that is based on artistic choices becomes crucial to the possibility of making a good film on the cheap. The fun and inspiring thing about working on a tight budget is that it forces you to challenge your thinking habits as a filmmaker. We only have to go back to the Dogme films to see the kind of great films that can come out of that. Those films would never have been made if they had had millions and millions available, that’s for sure. 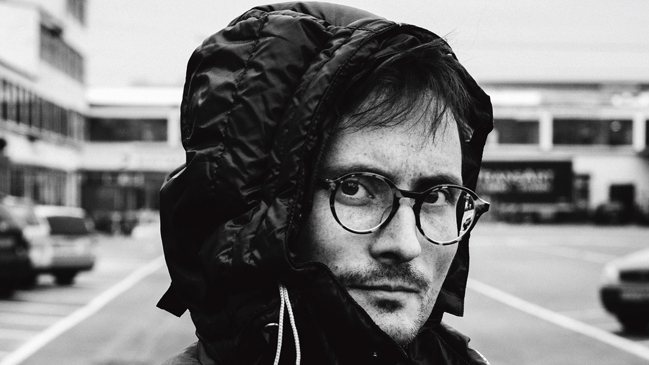 Directors will make films for anything. If there’s a film I’m burning to do, I’ll make it no matter what. But as a director, of course you’re always interested in the best possible conditions for your film. So, I don’t think anyone starts out wanting to do a low-budget film. You do it to get your film made.

It’s often said that the director should be creative about a low budget. But the way I see it, the producer should be even more creative. I’ve had the good fortune several times to see how the producer can be an amazingly aggressive sparring partner.

An example of that kind of partnership was when Tobias Lindholm and I made our first feature, R, which had a budget of around 750,000 euros. We knew from the get-go that we wanted to make a prison film, and René Ezra and Tomas Radoor of Nordisk Film managed to get us access to a former prison, an entire prison that was now abandoned – and that was before we even had a finished script. That influenced the development of our story, which had to be executed at a single location. Again, that was an aggressive, creative move by the producers.

For my latest film, Key House Mirror, my writer, Anders August, and I didn’t have much more than a story written on a napkin. That’s what we presented to the actor Ghita Nørby. We knew that if we were going to make a film about an elderly woman in a nursing home, no one else but the uncrowned queen of the Danish stage and screen, Ghita Nørby, could carry it. So it was important to get her on board right away. That was also an example of a producer being creative. It’s about not always having to do things in the usual order. We should be a little more aggressive in the way we approach filmmaking. You’re forced to think about your idea as doable, and that rubs off on the creative side.

It’s great to make some tough decisions early on to avoid middling compromises later on. And that takes strong involvement by a producer – and for the director to know the value of money and to have an effective production scheme for your story, whether you have a small or big budget. 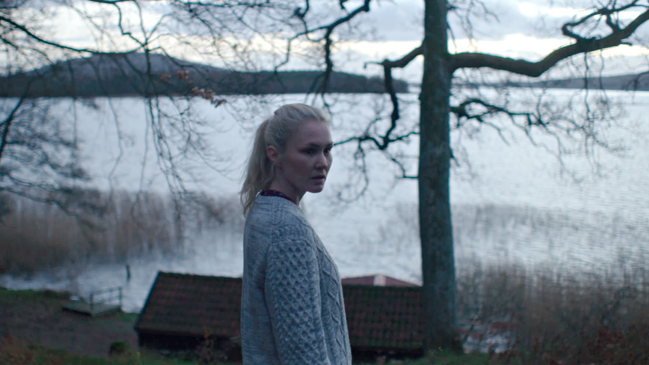 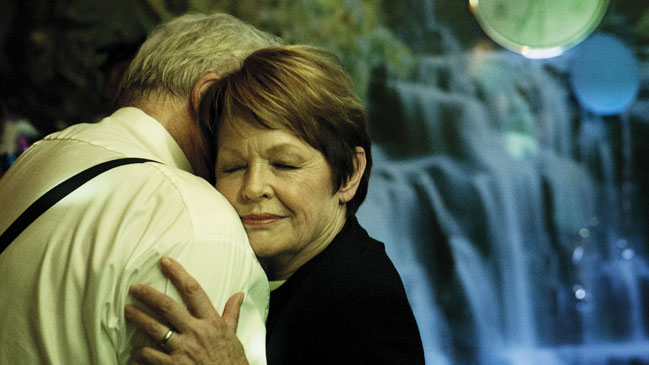 Starting in 2015, the Danish Film Institute (DFI) can support low-budget features on special conditions. Funding is granted through the three existing schemes for features – the talent scheme, the artistic scheme and the scheme for films with a broad appeal.

Application can be made for features with a maximum budget of either EUR 0.4m or EUR 0.8m. Support can be granted to both new talents and established filmmakers. A total of 12-24 low-budget films can be supported over the next four years.

The new initiative is characterised by three significant conditions:

The films do not necessarily have to be theatrical releases but can be launched via other platforms.

The development period must be short, which means that no more than three months may pass from the time the application is received by the DFI until a decision on a possible first draft of the script is made.

Similar subsidy schemes for low-budget films are found in a number of countries, including Israel, England and Ireland.