Animation director Tor Fruergaard has a soft spot for vulnerable men and monsters. Growing Pains, selected for Toronto's international shorts programme, combines the two in the story of a teenage boy who undergoes a horrific transformation whenever the lovely Felicia is near.

“This whole thing about getting hair everywhere and growing and getting zits and a weird voice – you really go through a transformation, and I remember it as pretty horrible,” the 34-year-old director of the animated Growing Pains says.

The film introduces us to Fabian, a shy, introverted teen who lives in the country with his domineering veterinarian mother. One day Felicia, a streetwise big-city girl, shows up at the clinic with her daffy dog, and Fabian loses his heart. While his sex-scared mother sets about castrating the dog to “relieve it of its frustrations,” Fabian and Felicia strike up a teenage romance. There’s just one little snag: every time Fabian gets excited, he turns into a werewolf.

“We use the werewolf as an image of male sexuality,” Fruergaard says in a nod to his screenwriter, Sissel Dalsgaard Thomsen. As in Venus, Fruergaard’s graduation film from the National Film School of Denmark, which had a couple tentatively entering a swingers’ club to jump-start their sex life, sexuality is a central theme in Growing Pains.

“There’s a certain shame associated with having this aggression in your body and not knowing what to do about it,” Fruergaard says, referring to puberty with its physical changes and roaring sexuality.

“Everyone goes through a period when they are enormously vulnerable – about what others think about them, how they look, that kind of thing.”

The male protagonists of my films are not particularly macho. They are sensitive guys who get sad and show their feelings.Tor Fruergaard

It was important for Fruergaard to have his protagonist, Fabian, be a cautious, vulnerable, type – a recurring feature of many of his films.

“The male protagonists of my films are not particularly macho. They are sensitive guys who get sad and show their feelings. I think it’s super important to show some alternative images of manhood,” the director says. A sensitive child himself, he adds, “I was a real cry-baby.”

As a young man, he found himself in the punk scene in Denmark’s second city, Aarhus, a pairing of the wild and the vulnerable that pops up in his films.

“I think it’s exciting to insert vulnerable people into a rough environment,” he says.

A World of Paper

The film’s world is made of paper – from the characters, which are painted on paper, to the props and tissue-paper backdrops. While most other animated films are made on the computer, everything in Growing Pains was first given life in physical reality.

“We made everything in the real world, lit it and used stop motion. I love keeping things out of the computer for as long as possible. Cutting and painting cardboard is a lot more fun than doing it in Photoshop,” says Fruergaard, who has been drawing ever since he could hold a pencil.

Also, he wanted to create a world with a singular look.

“I have made a restriction not to work in 3D. Accordingly, everything I do has an analogue look. Surfaces and textures have brushstrokes and fingerprints, so you can tell they were made by human hands, not a computer brush.”

Cutting and painting cardboard is a lot more fun than doing it in Photoshop.Tor Fruergaard

The overall goal for Fruergaard and his crew was to make a film that stands apart from the typical cartoons with their shrill Mickey Mouse voices and black and white characterizations. The director takes some inspiration from the great Japanese animator Hayao Miyazaki and his richly nuanced characters.

“It’s important that the film is believable, that we believe in the characters. There’s no doubt, for instance, that the movie’s ‘villain’ is the mother, but we didn’t want to portray her as consistently evil. In reality, like all mothers, she wants what’s best for her child. Her project is just completely mistaken.”

Marianne Lentz is a writer and freelance journalist. 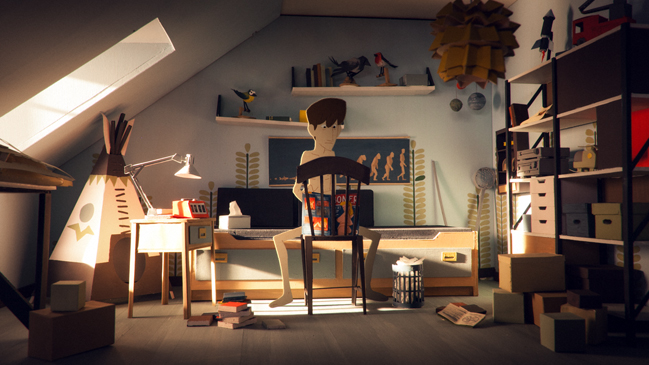 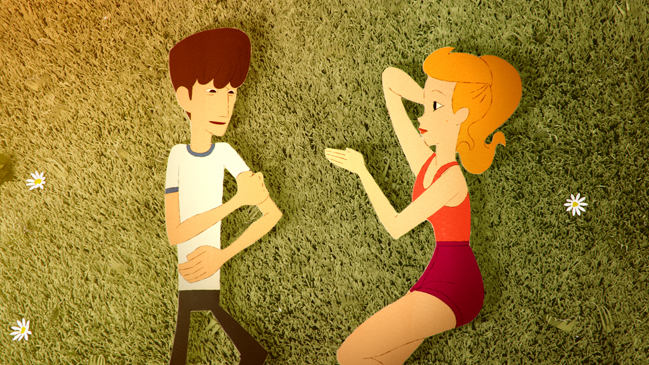 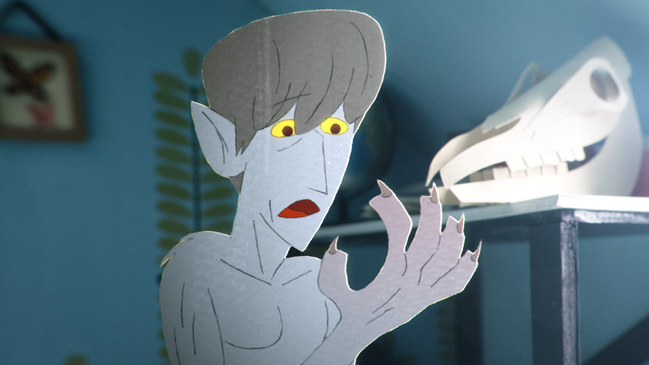 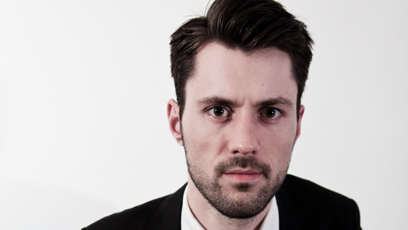 Director Tor Fruergaard, born 1980, graduated from the National Film School of Denmark in 2010 with the much-acclaimed Venus, a claymation short set mainly in a swingers’ club.

Staying in the same ballpark thematically, Growing Pains (2014) is an animated short about a boy who turns into a werewolf when he’s sexually aroused. The film screens at the 2014 Toronto Film Festival.

Werewolves used to be a rare sight in Danish films, but now at least two young Danish filmmakers have harnessed the metaphorical power of these supernatural creatures. In addition to Tor Fruergaard’s Growing Pains, in which the werewolf creates an image of sexual transformation, Jonas Alexander Arnby’s 2014 Cannes participant When Animals Dream uses the werewolf as an expression of the animal instincts of a young woman struggling with her dawning sexuality and hostile surroundings.

Not only werewolves but monsters, vampires and superheroes are showing up more frequently in Danish films these days. Keep your eyes peeled for the next releases in the genre, Martin Barnewitz’s Danny’s Doomsday and Ask Hasselbalch’s Antboy: Revenge of the Red Fury. See the catalogue below for more information.