FALL ISSUE 2015
Growing up on a Refugee Ship

Fleeing Sarajevo with his family in 1992, Vladimir Tomic spent two years on a refugee ship in Denmark. In Flotel Europa, the director juxtaposes  VHS footage shot by the Bosnians living on the ship with his personal story about a 12-year-old boy trying to live a normal life in a place far from normal.

When 12-year-old Vladimir Tomic first learned that  he was going to live on a ship, he was “the happiest boy in the world.” But life on Flotel Europa, a giant  floating refugee camp in the harbour of Copenhagen,  was different than he imagined. Confined to tiny cabins with a thousand other Bosnian refugees, he  observed frustrated adults drinking, crying at night  and throwing things at the TV set that didn’t provide  the news they wanted. But, as he tells in the first- person narration of his autobiographical documentary  Flotel Europa, he also found “a particular charm” in  their new home and experienced friendship, rock’n’roll and an obsession with a pair of “big brown eyes with a shade of green in them” belonging  to a girl named Melissa.

Tomic came to Denmark with his mother and older brother in 1992 with a wave of refugees from the war in Bosnia and Herzegovina. With refugee camps completely full, the Red Cross pulled a giant ship into the harbour of Copenhagen. The ship, Flotel Europa, became a temporary home for a thousand people waiting for decisions on their asylum applications. Tomic and his family lived there for two years.

Twenty years later, the now 34-year-old director takes us back to the ship, narrating his own story to personal VHS archive material shot by refugees who shared the “space-time vacuum” of the Flotel.
“As the phone line to Bosnia rarely worked, we, the refugees, started recording our lives and personal messages on VHS tapes and sending them to our relatives through Red Cross humanitarian convoys,” explains Tomic. Years after, his grandfather  gave him an old VHS tape with the inscription “To my grandfather from Flotel Europa.”

“Looking at this life from a distance, with all its ruthless beauty, it made me laugh and cry at the same time. I wanted the viewer to feel the same.”Vladimir Tomic

“The VHS tape I once sent to my grandfather brought me back to that time, and I felt that there was a story that needed to be told. Together with my dear friend and producer Selma Jusufbegovic, I started gathering the VHS material from other Bosnian refugees living in Denmark, and soon I had hundreds of hours of people’s personal material in my hands. My memories of life on Flotel Europa were as vivid as the material, so I wrote them down.” Tomic narrates his experiences with extreme precision – the care package his mom sent back to  their family contained “two kilos of flour, two liters  of cooking oil, a kilo of cornmeal, five cans of beans, a kilo of sugar, a pair of sneakers, a jacket and two bars of chocolate.” He channels the naïve innocence of a 12-year-old boy who senses the grown ups’ fear  for their families and frustrations about living in a limbo, but adapts to his new life with a sense of adventure and is soon preoccupied with sports, school, girls and a group of older friends introducing him to sex, drugs and rock’n’roll.

“I used my personal story of a 12-year-old kid trying to find my place and live a normal life on a refugee ship when not much of what was around me was normal. I fell into a space between time where refugees often find themselves when forced to leave their home in search of new stable ground.”

“Looking at this life from a distance, with all its ruthless beauty, it made me laugh and cry at the same time. I wanted the viewer to feel the same. Through this small personal story, I tried to tell a much bigger story of how Yugoslavia fell apart” •

Flotel Europa, selected for Berlinale Forum, is made with support from the Danish Film Institute’s Film Workshop. 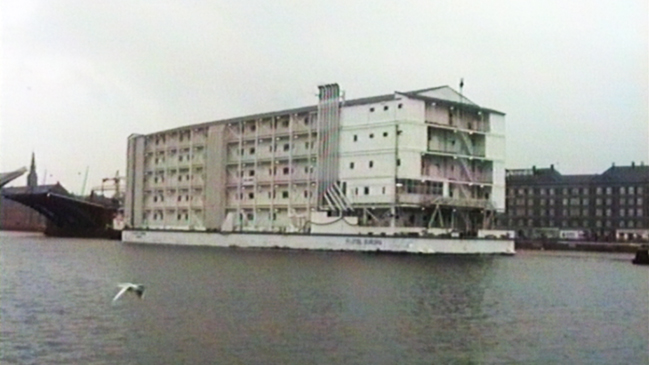 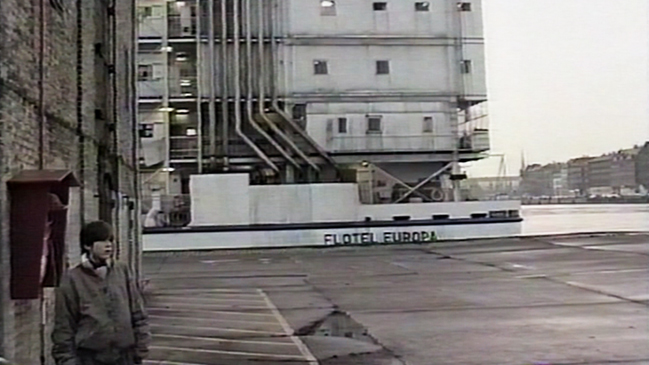 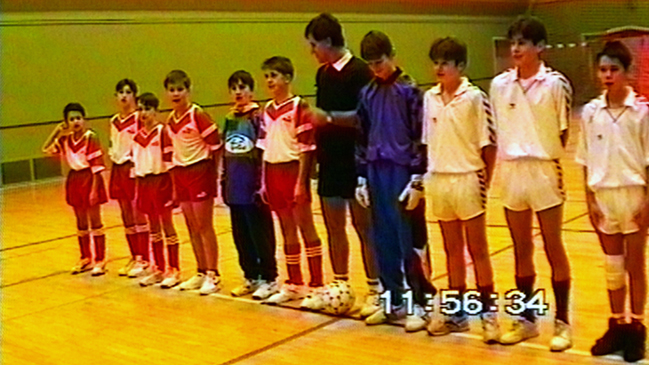 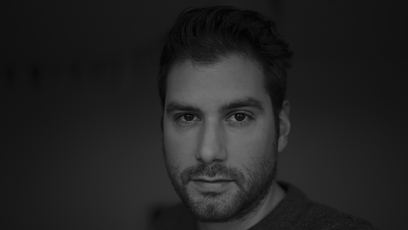 Director, born 1980 in Sarajevo, Bosnia-Herzegovina. Graduated from the Royal Danish Academy of Fine Arts, 2009. Lives and works in Copenhagen. Tomic’s art films are played out in the field of contemporary art and experimental documentation, and universal and human tension caused by the changing structure of society is often the center of his work. Films include My Lost Generation (2009), The Valley of Shadows (2006), and Flotel Europa (2015), selected for Berlinale Forum.

Producers of Flotel Europa (Vladimir Tomic, 2015) for Uzrok production company. Srdjan Keča’s films include, as director, Museum of the Revolution (2014), and as producer, director and cinematographer Mirage (2011), A Letter to Dad (2011), After the War (2006).