Set on an isolated farm in Iceland, Whale Valley follows a seven-year-old boy who accidentally interrupts his older brother’s suicide attempt. His brother makes him promise not to tell their parents, and the film examines the relationship between the two brothers in the aftermath using images of rugged scenery to express the young boys’ inner turmoil and feelings of isolation.

My intention was to make a film about the strong bond between two brothers. I wanted to delve into the brothers’ lives and see how their upbringing and surroundings affect them. I really like making films about kids and young people, because those are years that make life stand out in very clear, beautiful and sometimes very tough ways.

A tale of two brothers

Whale Valley was completed for the short film competition at Cannes with support from the DFI Film Workshop.

“This is the first time I have had the nerve to pursue my own vision completely. Trust my gut. And I think that makes for a much better film,” the 31-year-old Icelander Guðmundur Arnar Guðmundsson says.

“It’s a very personal story,” Guðmundsson says. He, too, grew up in a small fishing village in Iceland. “Life there could be beautiful and tough at once. I had a good friend, just a few years older than me, who I thought of as a brother and who later took his own life.”

Funds to Finish the Film

Guðmundsson is Icelandic but has lived in Denmark for the last five years, and his film is supported by the Danish Film Institute’s Film Workshop, which is also supporting another of his projects, Artun. For Whale Valley, the director got a grant to finish the film, which he had already shot in Iceland.

A number of Danes are working on the production, including co-producer Jacob Oliver Krarup, who singles out the unique role of the DFI Film Workshop in Danish cinema.

“We couldn’t have finished Whale Valley without the Film Workshop. They helped us out with gear, network and financial support for post-production,” Krarup says. He sees the DFI Film Workshop as a central part of the Danish film industry. “It’s an important place for talent development, where you can basically come in from the street with a good idea and get help to have it produced.” 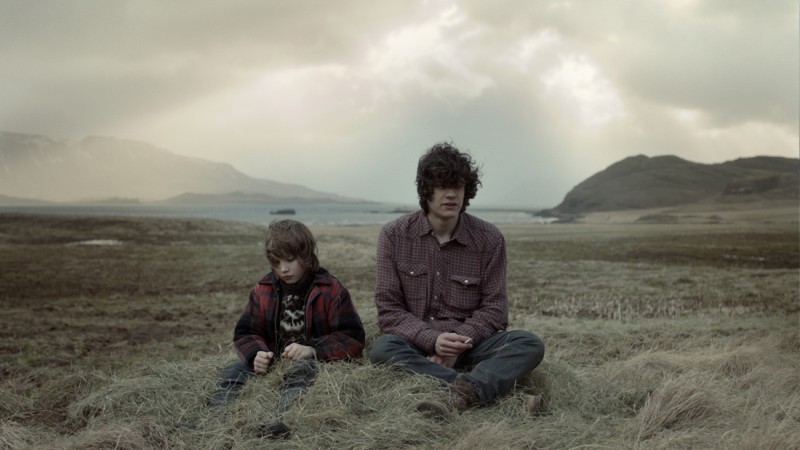 The DFI Film Workshop did well by Guðmundsson. He didn’t go to the National Film School of Denmark. A trained visual artist, he gravitated toward film and has been working in the industry for the last eight years. He relished the opportunity to grow his storytelling voice as he worked on Artun and Whale Valley. The DFI Film Workshop was a big help, he says, because it gives room for you to fail. It  teaches you to trust your gut.

“That’s a good thing for young filmmakers. Once you accept that your film could be a total failure, it’s easier to take chances and make your own strong choices. I think the Film Workshop is a big reason why there are so many talented filmmakers in Denmark. We have nothing like it in Iceland and that makes it tough to get your first project out. Here, you get to challenge yourself and take the next step in your career,” Guðmundsson says.

Now, the young director is ready to try his hand at bigger projects.

“I hope I’ll win in Cannes, of course, but I’m also looking forward to meeting other filmmakers and making new contacts that can help me move forward. I’m writing a screenplay for a feature, another coming-of-age story. My producer and I just need commercial partners” •

Director Guðmundur Arnar Guðmundsson, 31, was born in Reykjavik, Iceland, and graduated from the Icelandic Art Academy in 2006. He now lives in Copenhagen and works as a director and screenwriter.

Guðmundsson made the short film Ártún (2012) at the DFI Film Workshop. He was assistant director and script consultant on Rúnar Rúnarsson’s Volcano which premiered in Directors’ Fortnight at 2011’s Cannes festival.

The DFI Film Workshop aims to promote talent development and professional experimental cinema, giving the filmmakers a chance to test themselves and try out new ideas outside the usual commercial channels.