There is more than chills to director Anders Morgenthaler's thriller-drama I Am Here, starring Kim Basinger. Unpredictable and unafraid to offend, the director in his new film tackles involuntary childlessness, drawing heavily on his own thoughts about life with and without children.

Anders Morgenthaler, 41, is a multi-layered, one-of-a-kind figure in Danish cinema. His films deal with “extreme spaces and extreme people,” as he said a few years ago. Taking stock of his filmography, it’s hard to disagree. From his latest film, the thriller-drama I Am Here, all the way back to his hard-hitting debut feature Princess, which screened at Cannes, you get the sense of a fiery temperament whose indignation and compassion, especially where children are concerned, are among his most prominent traits.

I Am Here is about parents and children – although, crucially, children this time are present by being absent. The film tells the story of Maria, a successful, middle-aged career woman, played by Kim Basinger, who desperately wants a child. Told that she is unable to conceive and learning that there are babies languishing in a prostitution network near the German-Czech border, Maria tries to bribe her way to get one. To make her greatest wish come true, Maria must navigate an underworld of exploitation and brutality.

Describing his pre-parenthood days as “both fantastic and tragic,” the director says being the father of two daughters really intensifies everything. In I Am Here, he draws on his own thoughts and feelings about life with and without children.

I wanted to tell the story of Maria, an Amazon of a woman who is missing that final piece of the puzzle which life is denying her.Anders Morgenthaler

“What if they hadn’t come?” he says. “What if I were unable to have children? Would life be worth living? What if I couldn’t stop thinking that having children was the last missing component that would complete me as a human being? This is why I wanted to make I Am Here. I wanted to tell the story of Maria, a magnificent specimen of the human race. An Amazon of a woman who is missing that final piece of the puzzle which life is denying her but is willing to do anything and everything to feel complete.”

He followed Akari up with Echo (2007), the story of a desperate, damaged cop who kidnaps his own son. Then, in 2009, Morgenthaler underscored his reputation as a versatile artist by co-writing and directing the animated children’s movie The Apple and the Worm (2009).

I Am Here, celebrating its world premiere at Austin Fantastic Fest, is produced by Marie Gade Denessen and Julie Lind-Holm for Zentropa.

I Am Here in Danish Film Catalogue 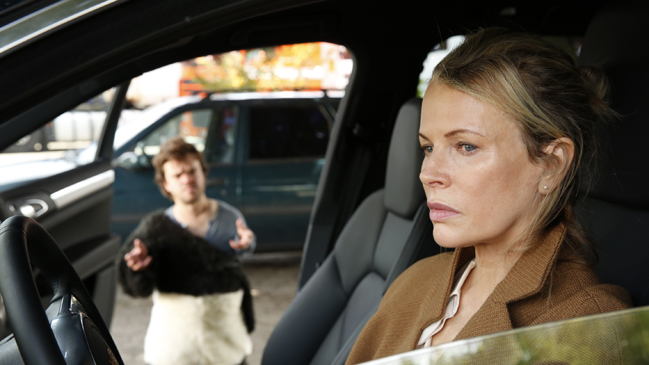 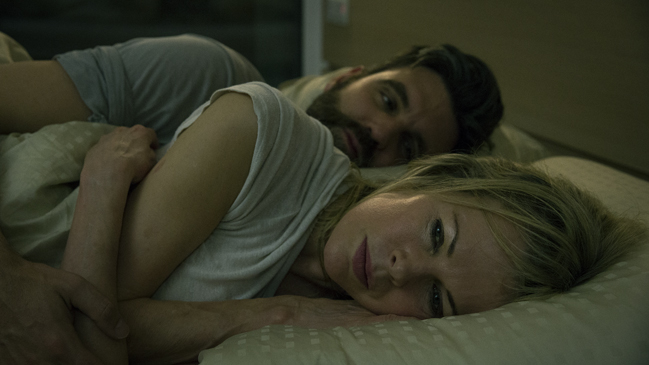 I Am Here. Photos: Christian Geisnæs 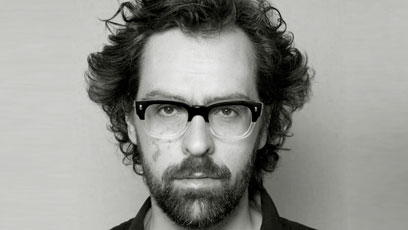 He moved on to the animation programme at the National Film School of Denmark, where he graduated in 2002 with Araki – The Killing of a Japanese Photographer (2002), which screened in Berlin and Cannes.

Morgenthaler made his feature debut with Princess (2006), praised for its unique visual style and no-nonsense approach to controversial subjects. Princess was chosen for Directors’ Fortnight at Cannes. After his second feature, the live-action drama Echo (2007), he returned to animation in his third, the family film The Apple and the Worm (2009). I Am Here premieres at Austin Fantastic Fest.

Maria is a beautiful, successful business executive, struggling to fulfill her greatest wish of all: to bring a child into the world. After suffering yet another miscarriage, a doctor informs Maria that she’s too old to carry a child – and her whole world comes crashing down. Devastated and unable to accept her fate, Maria sets out on a desperate and perilous quest to realize her dream of motherhood.

I Am Here in Danish Film Catalogue