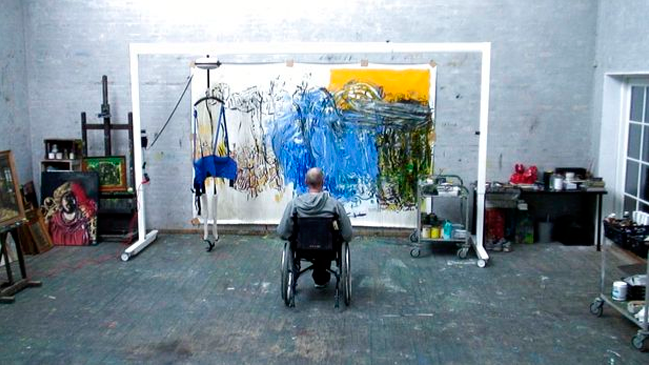 Man Falling was selected as the opening film for CPH:DOX 2015. Anne Regitze Wivel holds an important place in Danish documentary film with a long line of award-winning films to her credit both as director and producer. Among her most renowned titles as director are Giselle (1991), Søren Kierkegaard (1994), The Castle in Italy (2000), The Land of Human Beings – My film about Greenland (2006) and Svend (2011).