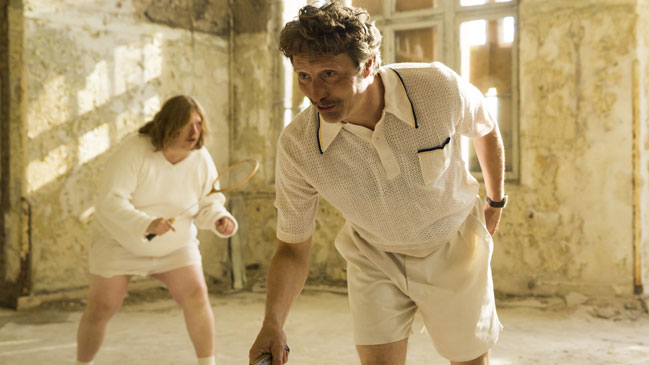 First film in 10 years by Academy Award winner Anders Thomas Jensen (short fiction Election Night).  Box-office hit Adam’s Apples (2005) screened at Sundance and Berlin. Jensen is one of the top screenwriters in Denmark, his credits including Academy Award winner In A Better World. Leading players are Mads Mikkelsen (The Hunt, A Royal Affair), Nikolaj Lie Kaas (The Absent One, The Idiots), David Dencik (A Soap, The Girl with the Dragon Tattoo) and Nicolas Bro (Dark Horse, Nymphomaniac).