A former Miss Wisconsin, Kimberley Motley, 38, is the only foreign, and the only female, lawyer licensed to litigate in Afghan courts. But after five years in Afghanistan, threats against her and the general conditions in the country are making it increasingly difficult for her to go on. Motley made great sacrifices to get where she is. Her three children, aged five, eight and sixteen, live in North Carolina and she sees them only two-three months a year. Initially, Motley’s decision to go to Afghanistan was financially motivated. But gradually the underdeveloped Afghan justice system, the absence of women’s rights and the ubiquitous corruption stoked her desire to fight for justice in the country. But time is running out. No one knows what’s in store for the Afghans once the last international combat forces are pulled out.

Motley’s Law premiered at the Chicago Film Festival in October and was selected for CPH:DOX. Nicole N. Horanyi previously directed The Devilles (2009) and Au Pair (2011), both screening at a number of international festivals. Motley’s Law is produced by Helle Faber for Made in Copenhagen and is selected for IDFA Panorama.

“The first thing I learned about Kimberley was that she once competed in the Miss America pageant, and I was sold. That’s one complex lady – defence attorney in Kabul, mother of three and Miss America contestant.”

“The film opens a window into a very different judicial system, providing glimpses of the situation in Afghanistan and what it means to rebuild a society. Denmark participated in the operation and shares the responsibility. I saw tremendous despair among European NGO workers, who didn’t feel the Western presence was making any difference at all. For me, the film was worth it, because it shows Kimberley’s personal contribution. She’s one of many people who are actually trying to do something.”

Kimberley Motley thrives on challenges. Living in Kabul as a Western woman in itself is an uphill battle. Making an impact in Afghan courtrooms, whose procedures blend the 2004 Afghan constitution with sharia law and local laws, is a challenge of another magnitude.

Motley left her husband and children in 2008 to work as a defence attorney in Kabul. Her original plan was to spend a year in Afghanistan as part of a training programme for Afghan lawyers organised by the US government. During her visit, however, she learned that a lot of foreigners are imprisoned without legal representation. Procuring a licence to litigate, she opened a defence practice representing international companies and embassies while taking on human rights cases pro bono.

“Spending time in Afghanistan and experiencing first hand how hard it is to be a woman there, I have tremendous respect for Kimberley’s carving out a place for herself in that judicial system. It wasn’t easy to begin with, but now they acknowledge her, look her in the eye and shake her hand,” the Danish director says. 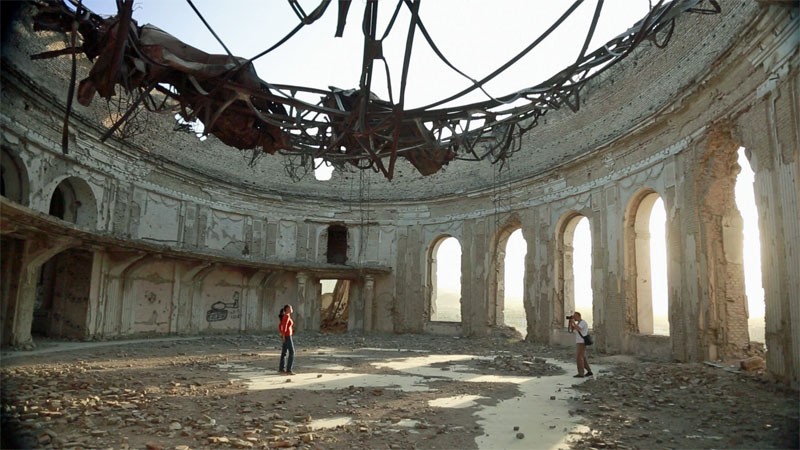 “But it came at a high price. Living in a place like Kabul messes with your mind, and switching between life there and life as a wife and mother back in North Carolina is a stark contrast.”

This contrast fascinated Horanyi from their first meeting.

“The first thing I learned about Kimberley was that she once competed in the Miss America pageant, and I was sold. That’s one complex lady – defence attorney in Kabul, mother of three and Miss America contestant. She rattles our notions of how a woman should live her life. She’s tough, but I’m also provoked by her blunt attitude and political incorrectness,” Horanyi says.

Leaving your three children to pursue a career in another country is bound to raise a lot of eyebrows. For Motley, it’s very much about the money. She makes a lot more in Afghanistan than she did as a public defender in Milwaukee.

“Kimberley and her husband grew up poor in ghetto neighbourhoods. I think you have to have lived that life to understand how important it is to send your children to a good college and make sure they get the life your parents didn’t give you. It might seem provocative that money is so important, but it’s not about being cynical. She’s a woman trying to make a living and pass something on to her children.”

In that respect, Motley is a larger-than-life version of the ambitious modern woman juggling family life and a high-power career. 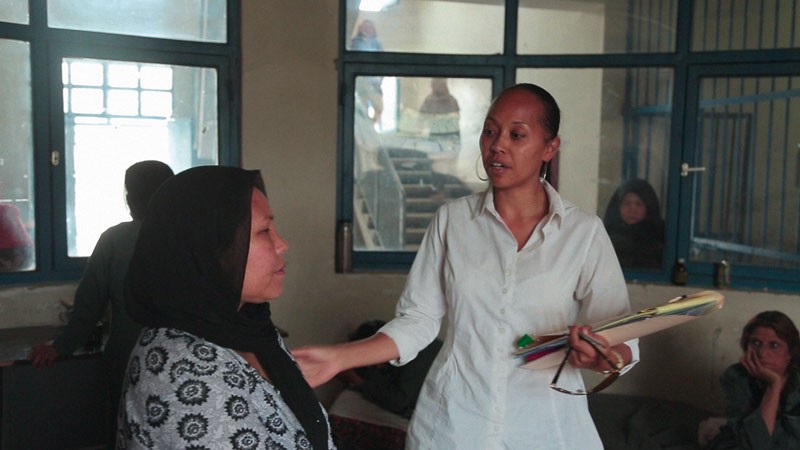 “She’s the ultimate modern woman. She has it all: three kids, a big house and a wonderful husband who takes care of things at home while she hacks it in another country. And she is willing to put up with relating to her kids via Skype.”

That’s a decision she still has to defend to her surroundings. In the film, we see her fuming over a comment a teacher made, ascribing her youngest daughter’s acting out in school to Motley’s absence. But personally, Motley is pretty unsentimental about the whole thing.

“In fact, she’s just as blunt around her family as she is on the job. Her children are important, but her work is just as vital to her happiness – and don’t anyone judge her,” Horanyi says.

The Rush of Living on the Edge

Watching Motley at work, you understand the necessity of what she is doing. While her initial motivation was financial, she is increasingly engaged in human rights cases, helping clients who are imprisoned for grotesque reasons, as seen from a Western, or any, perspective. In the film, we meet a young woman imprisoned for so-called moral crimes, because, as she claims, she resisted her husband’s demands to drink alcohol and have sex with a friend of his. We also watch Motley defend a British man who was convicted without witnesses and on a false confession.

Meanwhile, it’s getting increasingly difficult for Motley to carry on her work in Afghanistan. As the international forces withdraw, crime rises, including assaults on foreigners. At one point, as we see in the film, someone threw a hand grenade into Motley’s house. And soon after she checked into the Kabul Serena Hotel in 2014, nine people were killed in an armed attack on the hotel.

“She’s the only foreigner with a licence to litigate, so there’s no one else but Kimberley Motley to call when you’re in a jam. Holding someone else’s life in your hands is a rush, almost god-like.”Nicole N. Horanyi

Despite the danger, it’s hard for Motley to abandon Kabul.

“She’s the only foreigner with a licence to litigate, so there’s no one else but Kimberley Motley to call when you’re in a jam. Holding someone else’s life in your hands is a rush, almost god-like. So is living on the edge. I can tell that, when she’s home, she’s happy to see her children, but professionally she’s bored. No way can she imagine opening a small law firm in North Carolina.”

‘I was really scared’

The adrenaline rush that a lot of war correspondents get hooked on didn’t hit Horanyi in Afghanistan.

“Being a blond woman and carrying a camera isn’t a good combination,” she says. She had to give up working the camera herself outdoors after she was stopped by the authorities and had rocks thrown at her. The film’s DP, Henrik Bohn Ipsen, who is tall and broad, had an easier time of it, though he wasn’t spared, either. One day, the two of them went to get a kebab at a shopping centre and were violently harassed.

“An Afghan police officer came over and started loudly berating us. I have no idea what he was saying, but it was very unpleasant. They carry huge guns. That scared the crap out of us.” 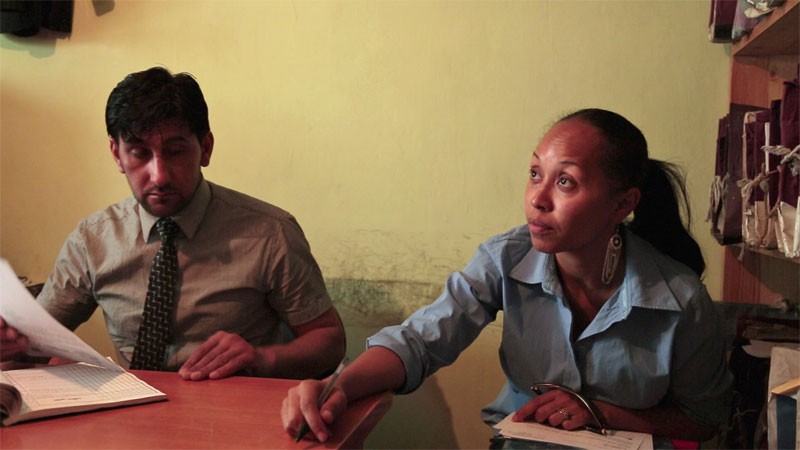 The filmmaker also had the experience of waking up to an explosion that turned out to be a Taliban attack on the presidential palace 300 metres from her hotel. The event was covered live on Al-Jazeera, streets were blocked and men were driving around in the streets yelling in megaphones to stay indoors. A few hours later, Kimberley called and asked if they were ready to drive to a court office. “Ipsen is pretty game about that kind of thing. He thought we should just go to work. So, it was just a matter of putting on your game face and getting in the car,” the director says.

“Kimberley has been there so long and she’s from a pretty tough background where she was exposed to crime on a regular basis. Ipsen has filmed lots of times in Afghanistan, and I think war photographers have a mechanism where they switch off and aren’t afraid, even though they’re aware of the danger. I never evolved that mechanism. I was really scared. Also, I feared for Kimberley when we weren’t there, because she lives alone in her house. Many times, I doubted whether I was the right person to direct the film. How far was I willing I go to get a scene in the can under those conditions?”

On top of everything else, Horanyi and her production crew struggled with the Afghan bureaucracy to get permits to film in courtrooms and prisons. “We would apply for a permit ahead of time, then when we got to the place, we were still short 20 people’s signatures. I don’t know how many times we drove to a prison and were turned away because we didn’t have a specific piece of paper,” Horanyi says.

“Court cases were the biggest headaches. It was utterly impossible to follow a case all the way through, because Kimberley only got the call about a court date the day before or on the same day that she was supposed to show up. We were in Denmark and couldn’t leave for Afghanistan on a day’s notice, because it was getting increasingly difficult to get a journalist’s visa.”

“She’s the ultimate modern woman. She has it all: three kids, a big house and a wonderful husband who takes care of things at home while she hacks it in another country.”Nicole N. Horanyi

Despite it all, Horanyi stuck with her project. Looking through the footage after a trip always confirmed that she was telling an important story with Motley as her guide.

“The film opens a window into a very different judicial system, providing glimpses of the situation in Afghanistan and what it means to rebuild a society. Denmark participated in the operation and shares the responsibility. I saw tremendous despair among European NGO workers, who didn’t feel the Western presence was making any difference at all. For me, the film was worth it, because it shows Kimberley’s personal contribution. She’s one of many people who are actually trying to do something.”

Motley’s Law is selected for IDFA Panorama and is produced by Helle Faber for Made in Copenhagen. 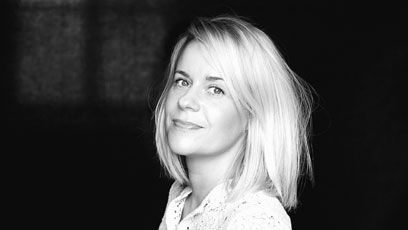 Director, born 1977. Graduated in documentary directing from the National Film School of Denmark in 2007. Director of The Devilles (2009), about the difficult love between an American burlesque dancer and her punk rocker husband, and Au Pair (2011), a story of three Philippine girls trying to make a better future for themselves abroad. Both films screened at a number of international festivals. Motley’s Law (2015) world premiered at Chicago Film Festival and screened at CPH:DOX. The film is selected for IDFA Panorama.