Jacob Nossell, 24, though whip-smart, hardly fits into the concept of a “normal” life. Because he has cerebral palsy, his movement and speech are noticeably challenged. With his intellect intact in an unwieldy body, Jacob embodies the strangling limitations of the concept of normalcy: he is too disabled to be accepted as normal and too normal to accept his fate. Taking action, Jacob puts on a theatre play to once and for all set things straight. Tracking Jacob, Christian Sønderby Jepsen in The Natural Disorder confronts our idea of what’s “normal” and asks the ultimate question: Does someone like Jacob have the right to live? We follow Jacob as the play comes together and bear witness to the sometimes painful realisations Jacob has along the way.

“A lot of people support diversity, but very few people want to bring children into the world and have them suffer from a disability. We all want to be unique, but within certain limits.”

“It’s a film that starts from our prejudices. ‘Look, it’s the Elephant Man.’ But the Elephant Man is only interesting for 10 minutes. Then you leave, because he’s boring you. We, on the other hand, take you behind the curtain where things are more complex.”

“We’re all abnormal in one way or another. If you can suspend your prejudices for a moment, I hope the film can inspire others to see their own lives in a bigger perspective and change how they see the world, even if it’s only a little bit.”

We Are All Abnormal

Christian Sønderby Jepsen’s Natural Disorder tracks journalist and comedian Jacob Nossell as he searches for the meaning of life for someone with cerebral palsy. FILM met with the director and his protagonist to talk about how the film challenges our notions of what it means to be “normal.”

Who am I? How abnormal am I? How do others see me? Is my life worth living? Journalist and comedian Jacob Nossell has been grappling with these questions his whole life. As a person with cerebral palsy, his intellect is intact but his body is broken.

The last time he put himself in play was in Mads Brügger’s 2010 Sundance winner The Red Chapel, a documentary satire from the world’s worst dictatorship, North Korea.

“Jacob is a 200-horsepower engine who powers through and doesn’t balk at obstacles, though he’s always running into them.”Christian Sønderby Jepsen

Consulting neuroscientist and philosopher Kristian Moltke Martiny, he has his brain scanned and his DNA tested.

The film also follows Nossell’s production of his play Human afvikling (Human Phase-out) at Copenhagen’s Royal Theatre. The basic idea of the play involves asking the audience to vote on whether Nossell has a right to live and whether they would choose not to have a child with a disability.

Nossell asked Christian Sønderby Jepsen the same question at their first meeting when the filmmaker was about to become a father. Jepsen answered that he would choose not to have a child with Nossell’s disability.

“A lot of people support diversity, but very few people want to bring children into the world and have them suffer from a disability,” Jepsen says. “We all want to be unique, but within certain limits. We want to be different, but at the same time we want to be like everyone else. Humanity is like chickens: if you burden the flock, out you go, and it doesn’t take much to stick out.”

Natural Disorder also discusses whether we as a society need abnormality. “It’s important to stop and think before we destroy everything that is aberrant. At the same time, we long to enter new frontiers. Don’t we need people who think and act differently? Don’t we need such glitches to advance, or are they just a needless economic and psychological pebble in our shoe on the road to social harmony?” Jepsen asks. 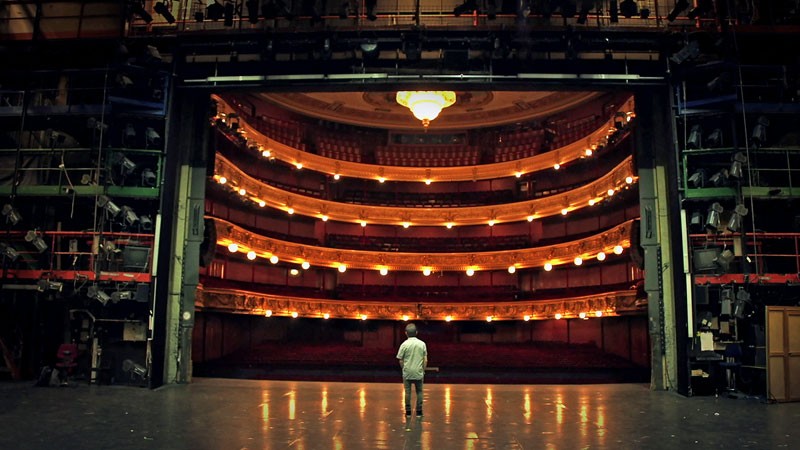 All that sets Nossell apart, as the tests reveal, is a small fissure in his brain. “It’s interesting that a little thing like that can make such a big difference in terms of first impressions and how Jacob is perceived,” Jepsen says. The neuroscientist’s examinations make Nossell feel both more “normal” and kind of relieved. Finally, he has proof that his life really is harder than other people’s.

“Science can explain the feelings I have and disarm the reactions I always get from people – ‘Well, my back hurts, too’ or ‘It’s tough for me, too, my dad’s an alcoholic’ and ‘Pull yourself together, Jacob.’ I can now document that I do face greater challenges,” Nossell says.

Hit by a Bus

Specifically, Nossell learns that he has a high level of abstraction but a hard time handling complex situations.

“If I had known that, I probably wouldn’t have stepped in front of that bus,” he says, referring to the accident he had in the middle of working on the play and the film. The consequences of the accident are documented in the final film.

The collision costs him two brain haemorrhages and a concussion. When he calls Jepsen, he downplays the accident at first. He expects to be back on stage on Monday and ready for the premiere two months down the road. However, as new diagnoses come in, it becomes clear that he needs at least six months’ rest. For Jepsen, it becomes an occasion to reconsider the whole project.

“Is Jacob even physically able to continue? Should we just abort the film now? Or can we pull the plug for six months and start up again? Jacob walks in front of a bus, and the whole thing comes to a halt. The result was a kind of posttraumatic stress for everyone,” Jepsen says, turning to Nossell, “You panicked, too, on all levels, because a lot of people were waiting for things to power back up again.”

“I felt a big responsibility for the film,” Nossell says. “At least, I didn’t feel like it made sense to quit. We put the car in the garage, not because we wanted to but out of a feeling of necessity, because we had both sacrificed everything in that period, mentally and personally.”

“You have extreme tenacity,” Jepsen says. “You have to, because you’re used to being turned away the first few times you meet people. They say a good movie character is someone who has a goal, faces obstacles and has drive. Jacob is a 200-horsepower engine who powers through and doesn’t balk at obstacles, though he’s always running into them. I was concerned initially that he wasn’t facing enough obstacles and that we wouldn’t be able to make the production of the play dramatic enough, but then Jacob getting smashed by the bus took care of that.” 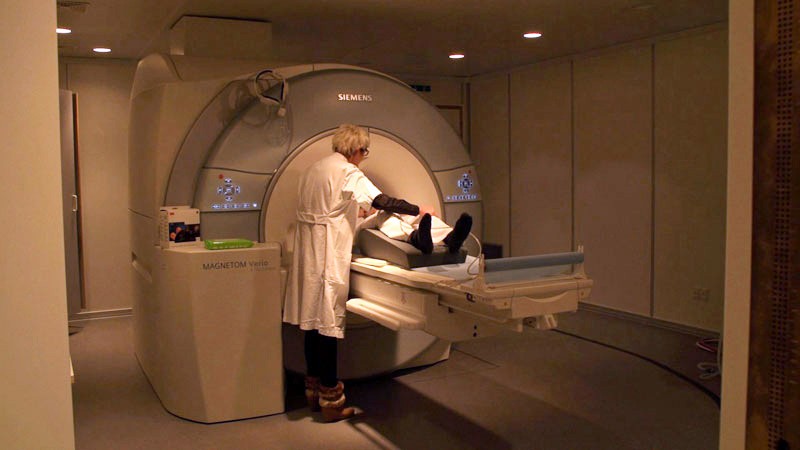 “After my accident, I began to doubt whether I even wanted to live,” Nossell says. “Those were some awful months to get through. I’d been hit by a bus, I had cerebral palsy and I’d had a colostomy. My life sucked, but I couldn’t stand quitting. I couldn’t stand it that my life wasn’t worth living. Throughout the whole episode with the accident, the film answers the question for me that ‘Sure, life is worth living,’ because I get through it and I put on the play.”

The Elephant Man Bores Us after 10 Minutes

“If you zoom out, our lives are completely meaningless,” Jepsen says. “We eat, shit and die. But if we have a goal and an ambition, life makes sense to us. With the body and brain you have, Jacob, you’re maybe a bit too ambitious on your own behalf.

“But that’s also why you don’t end up sitting in your room, staring at the wall. That’s an amazing quality to have. A lot of people fall into a rut and lose their spark. If someone like Jacob can pick himself up after the accident he suffers in the film, maybe it can inspire others to make an effort to be more happy.”

For Jepsen, it was important to go behind the disability and get to Jacob the person, who has thoughts, goals and quandaries like everyone else.

“Basically, it’s all about where your place in society is. It’s a magnified issue that everyone struggles with. What do other people think about me? How do I look and how do I act? Our social behaviour is incredibly complex,” the director says.

“Basically, it’s all about where your place in society is. It’s a magnified issue that everyone struggles with. What do other people think about me? How do I look and how do I act?”Christian Sønderby Jepsen

“In the process of working with Christian, I realised that the issues I’m grappling with are pretty universal,” Nossell says. “Don’t go and see the film expecting to get to know more about a Korean spastic but to know more about your own abnormality. You don’t have to discuss me so much. Discuss yourselves!”

Anyone could ask themselves the same existential questions, Jepsen says. The reason why it’s still interesting to see a film specifically about Jacob Nossell is because he rocks our preconceptions.

“It’s a film that starts from our prejudices. ‘Look, it’s the Elephant Man.’ But the Elephant Man is only interesting for 10 minutes. Then you leave, because he’s boring you. We, on the other hand, take you behind the curtain where things are more complex. After an hour’s conversation, you don’t think about the disability anymore,” Jepsen says.

“We’re all abnormal in one way or another. If you can suspend your prejudices for a moment, I hope the film can inspire others to see their own lives in a bigger perspective and change how they see the world, even if it’s only a little bit.”

Natural Disorder is selected for IDFA Feature-length Competition and is produced by Malene Flindt Pedersen and Sidsel Lønvig Siersted for Moving Documentary. 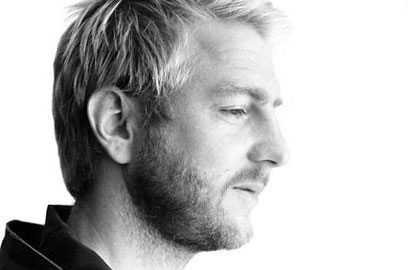 Director, born Born 1977. Graduated as a documentary director from the National Film School of Denmark in 2007. He received much acclaim for his darkly shaded family story, The Will (2011), which was shown at IDFA and was named best Danish documentary at both CPH:DOX and the national Bodil Awards. Natural Disorder (2015) enjoyed warm reviews at its Danish theatrical release in October and screened in competition at CPH:DOX 5-15 November. The film is selected for IDFA Feature-length Competition.

Natural Disorder is one of several new films mirroring an increasing desire among Danish documentarians and scientists to work and make films together. Other current examples are Taming the Quantum World by Lars Becker-Larsen, Genetic Me by Pernille Rose Grønkjær and Ripples on the Shore (in production) by Phie Ambo. An initiative was launched in 2014 by the Danish Film Institute and Creative Europe Desk Denmark to further promote creative and financial partnerships between documentary film and science.