Niels Arden Oplev and Noomi Rapace bowled over the world with The Girl with the Dragon Tattoo. Now the Dane has directed the Swedish star in the revenge thriller Dead Man Down.

Oplev’s first American production is the story of a woman who infiltrates a criminal gang to exact vengeance upon its leader. The cast also stars Colin Farrell, Dominic Cooper, Terrence Howard and Isabelle Huppert. The film is scripted by Fringe-writer J.H. Wyman and opens in the US on 8 March.

Soon, Oplev is getting back in the director’s chair for another big American production. Under the Dome, a CBS series based on the Stephen King novel, is produced by Steven Spielberg’s Amblin Entertainment.

Then the busy director will return to Denmark to helm Kapgang (Danish title), a coming-of-age story that follows up his Crystal Bear winner We Shall Overcome. The film is expected to be released in February 2014. 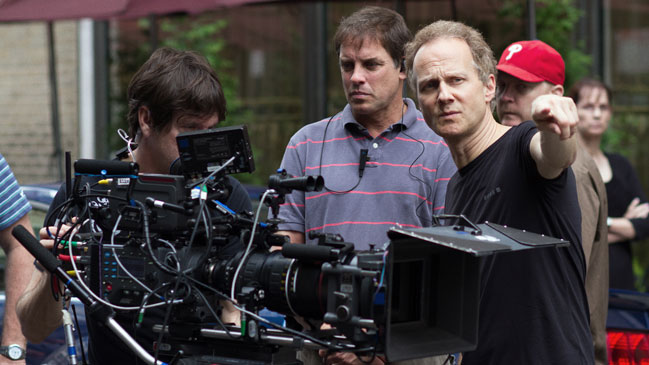