From depictions of life far away from home to an exploration of our fear of the different, from intimate portraits to a probing of the documentary genre's borders – the Danish films at IDFA 2015 cover a wide range of stories and genres, including three titles selected for competition. 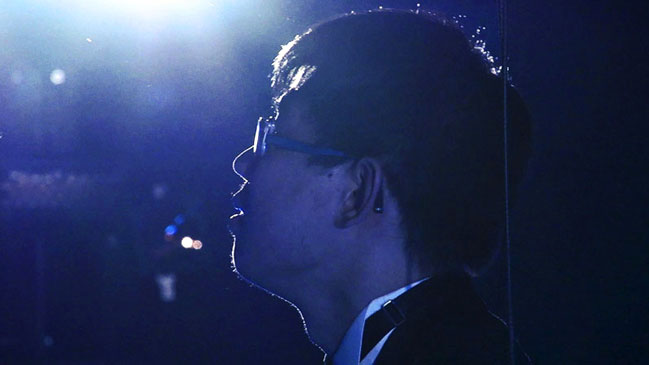 At Home in the World by Andreas Koefoed is off to the Mid-length Competition. The director has a unique IDFA track record, as Koefoed’s new film, portraying the daily lives of five asylum-seeking children at a Danish Red Cross school, is his eighth title at the festival since 2008. Sara Stockmann has produced for Sonntag Pictures. Read interview with Andreas Koefoed

Home Sweet Home by Katrine Philp is selected for IDFA’s longstanding children’s section Kids & Docs, which this year is made into a competitive programme with the opportunity to win a prize for best film. The director brings us a close-up of Salimah who grew up in Malaysia and now, at age 10, is moving to a distant, unknown country called Denmark to be reunited with her older sister and father. Home Sweet Home is produced by Katrine Sahlstrøm for Good Company Pictures. Read interview with Katrine Philp

Motley’s Law by Nicole N. Horanyi is showing in Panorama. For two years, the director followed Kimberley Motley, a hard-hitting American lawyer and former Miss America candidate who has left her husband and children at home in the US to work as the only foreign – and the only female – defence lawyer in Kabul. Helle Faber has produced for Made in Copenhagen. Read interview with Nicole N. Horanyi 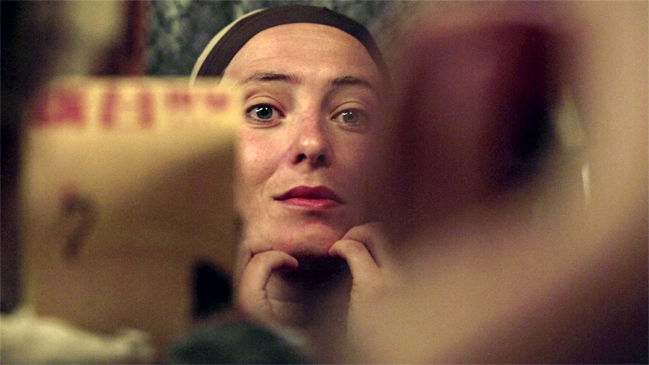 Olmo and the Seagull. Framegrab

Olmo and the Seagull by Lea Glob and Petra Costa is participating in the programme for experimental film, Paradocs. Danish Glob and Brazilian Costa met at CPH:DOX’s international talent lab and made their documentary mixing drama and documentary observation in a story about the successful Théâtre du Soleil actress Olivia and her emotions, reactions and thoughts at the prospect of becoming a mother. Part Italian diva, part punk rocker, Olivia has been used to being the centre of attention her whole life. That abruptly changes when she finds out she is pregnant. Olmo and the Seagull is a hybrid film with roots in classical theatre performance with the two actors playing themselves and at the same time dramatising their feelings about life with a child. The film won the award for best Nordic film at CPH:DOX in 2014 and was honored in August with an award at the Locarno Film Festival. Produced by Charlotte Pedersen for Zentropa. Olmo and the Seagull in Danish Film Catalogue 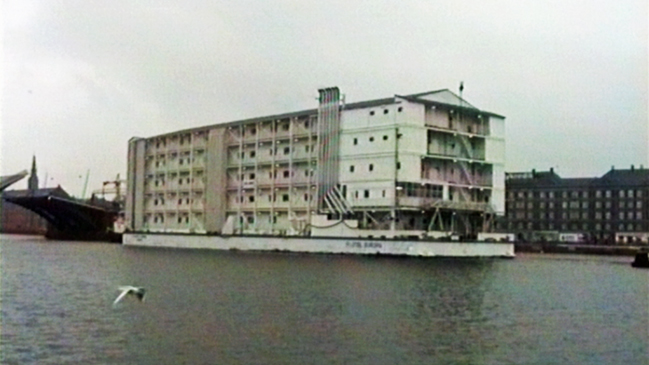 Flotel Europa by Vladimir Tomic is selected for Best of Fests. Premiering at the Berlin Film Festival 2015 where it won the Tagesspiegel Readers’ Prize, the film is an autobiographical tale about life on a giant refugee ship in the harbour of Copenhagen, where the director lived in his early teens along with thousands of others fleeing the war in Bosnia-Herzegovina. Taking us back to the ship, the director in his film narrates his own personal story to VHS material gathered from fellow refugees at the time. Flotel Europa is produced by Selma Jusufbegovic and Srdjan Keca for Uzrok. Flotel Europa in Danish Film Catalogue

Jon Bang Carlsen’s Déjà Vu is taking part in the Masters programme. A grand old man of Danish documentary filmmaking, Bang Carlsen in his new film mirrors his life story by weaving individual scenes from his more than forty films, documentaries as well as fiction films, into a brand new story about trying to find a meaningful way through life. Déjà Vu is produced by the director himself and Marianne Christensen for C&C Productions. Déja Vu in Danish Film Catalogue 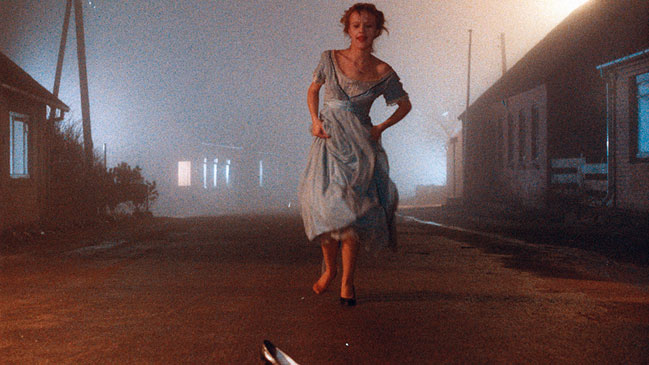 Man Falling by Anne Wivel is selected for Sounds Real, a special section this year focusing on sound in documentary film. Thus Kristian Eidnes Andersen, who has worked on Lars von Trier’s films among others, and Thomas Jæger chose as their own film Anne Wivel’s portrait of her friend and renowned painter Per Kirkeby after he fell down a staircase and hit his head – and as a consequence lost his ability to recognise colours and even his own paintings. The film is produced by Sigrid Dyekjær for Danish Documentary Production. Read interview with Anne Wivel 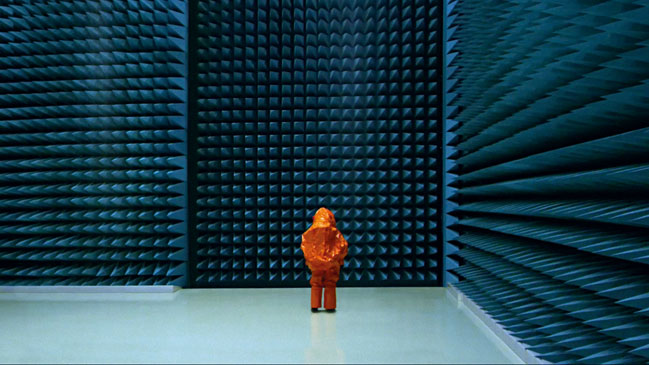 Michael Madsen’s The Visit is also participating in IDFA’s special sound celebration, Sounds Real, this year. American sound designer Tom Paul has chosen Madsen’s sci-fi fable about alien life visiting the planet as his bid for a film with an attractive soundtrack. Madsen finds himself in the distinguished company of The Fog of War by Errol Morris as Paul’s choice of a film for which he hilmself created the sound. The Visit is produced by Lise Lense-Møller for Magic Hour Films. 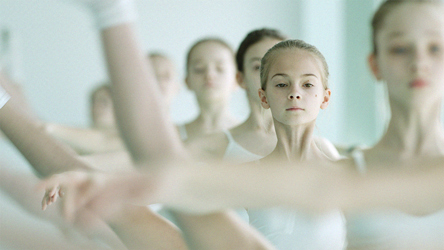 Danish Co-productions at IDFA 2015
These films show the fruit of Danish filmmakers working with their peers in Spain, China, The Netherlands, Sweden and Norway.
Danish auteur filmmaker Jørgen Leth and Spanish anthropologist Olatz González Abrisketa take us into the world of the Basque ballgame pelota in Pelota II, presented in the Masters section. Jørgen Leth made a film in 1983 about this centuries-old sport similar to squash. Now returning to the subject, Leth shifts his focus to the mysteries of the balls that undergo a number of ritualistic selection procedures. Leth has made several films about the poetry of sports, his main passion being cycling.
Filmed over three years, Zanbo Zhang’s Chinese-Danish co-production The Road follows the construction of one section of a huge highway in China, seen by the authorities as a means to secure the country’s continued growth, no matter the human and environmental costs. The film, selected for IDFA’s main Feature-length Competition, zooms in on the ensuing corruption and conflict, tracking the people involved in the rampant construction. Chinese producer is Galaxion Films, and besides co-producer Mette Heide of Plus Pictures (The Queen of Versailles, Rent a Family Inc.), the Danish crew includes editor Steen Johannesen, sound engineer Henrik Gugge Garnov and grader Anders Vadgaard.
Three Scandinavian production companies have joined forces to create Sports Kids, a series of six sports-oriented documentaries for children. Final Cut for Real of Denmark, Story of Sweden and Sant & Usant of Norway take turns producing and co-producing the films, each of them taking us to a new country and following a young elite athlete. Three new films in the series have been picked for IDFA’s Kids & Docs Competition: Varicella by Victor Kossakovsky describes the tender bond between two sisters, Polina and Nastia, studying ballet in Saint Petersburg, Ruth by Hanna Heilborn is about a Swedish cheerleader who loves the sport for its great team spirit but also struggles with people’s prejudices against it, while Dancing for You by Erlend E. Mo tells the story of Vilde, who wants to be the first female champion of Halling, a Norwegian folk dance traditionally performed only by men.
IDFA’s opening film is Dutch director Tom Fassaert’s A Family Affair, a Dutch-Belgian-Danish production between Conijn Films and coproducers Clin d’oeil and Danish Documentary Production. The film captures the director’s encounter with his grandmother who left her family to start a new life in South Africa. The film is selected for the Feature-length Competition and also takes part in the Dutch Competition and the young audience competition Doc U.