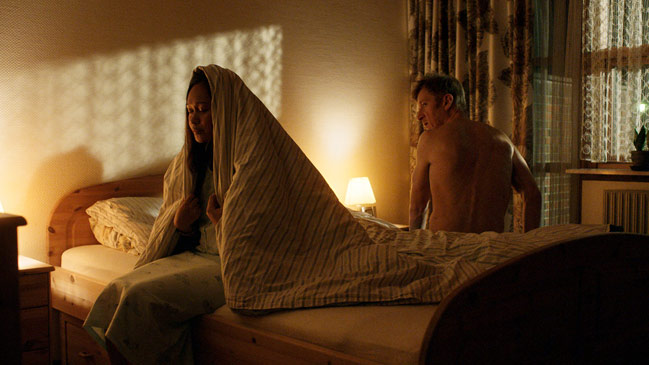 Johannes lives together with his father, the middle-aged widower Ulrik in a small fishing town in the northern part of Denmark. They live a quiet routine life, each minding their separate jobs in the fishing industry. Ulrik misses the love and tenderness of a woman and arranges for the young, beautiful, Filipino Rosita to come to Denmark – just as many other men in the town have done before him. Johannes is reluctantly drawn into this as Ulrik’s translator. However, over the following weeks Johannes and Rosita are getting more and more attracted to each other which forces Johannes to take responsibility for his dreams and his future.

Frederikke Aspöck’s first feature Out of Bounds (2011) premiered in Cannes and won the Golden Star Award at Marrakech Film Festival.