FALL ISSUE 2015
Something Better to Come
IDFA Feature-Length & DOC U Competitions
Hanna Polak wants her film about children living in Europe's largest landfill to reflect human dignity, above all.

Right outside of Moscow – home to the highest number of billionaires per capita – you’ll find the largest landfill in the world: The Svalka. It’s a hard place run by the Russian mafia. And it’s where Yula lives with her mother, her friends and many others. Life is tough in the Svalka, but it’s also a place where beauty and humanity can arise from the most unlikely conditions. It is from this place that Yula dreams of escaping and changing her life, even if it seems impossible.

Oscar-nominated Polish director Hanna Polak followed Yula for 14 years, from she is 11 until she turns 25 and finally leaves the garbage dump. Something Better to Come is produced by Sigrid Dyekjær for Danish Documentary Production and is world premiering in IDFA’s Feature-Length Competition.

“I didn’t want to make a clichéd film about Russia and its social problems. I wanted to make a film about human dignity, about the beauty in people. In that sense my film is a  modern fairytale.”

“Yula had the tenacity to make her dream come true. As a filmmaker, it was an incredible privilege to follow her for so many years. I don’t think my camera mattered to her. I think she personally had the strength to do what it takes to get a normal life.”

For 14 years Hanna Polak has been tracking homeless children in Moscow. Now the Polish director is presenting the fruit of her labour, Something Better to Come, a Danish-produced documentary sending the message that you can be a success as a human being even if you are living in a landfill.

There’s a simple way to gauge a filmmaker’s enthusiasm for their project. Ask a question like “How did you come up with the idea for the film?” and time the length of their answer. A typical reply from an engaged director lasts 3-4 minutes, while a highly dedicated filmmaker might take 7-10 minutes. At least, that’s my experience. When I asked the Polish filmmaker Hanna Polak how she came up with the idea for Something Better to Come, her answer maxed out at 17 minutes.

“In 1999 I got involved in aid work in Russia. We were a group of friends who donated toys to orphanages and organised dinners for elderly poor people. One day, when I was walking through an underground station in Moscow, I ran into some homeless kids sniffing glue. I hung out and talked with them and realised that homeless children are a  common sight in Russia. They did drugs and smoked and sniffed glue and had a hard life, but they were still kids. I thought, ‘It’s impossible to live like this.’

“I couldn’t sleep for days and was really upset emotionally. We’re talking about many, many children. So I went back with some of my friends who had also been touched and we tried to help the kids.” 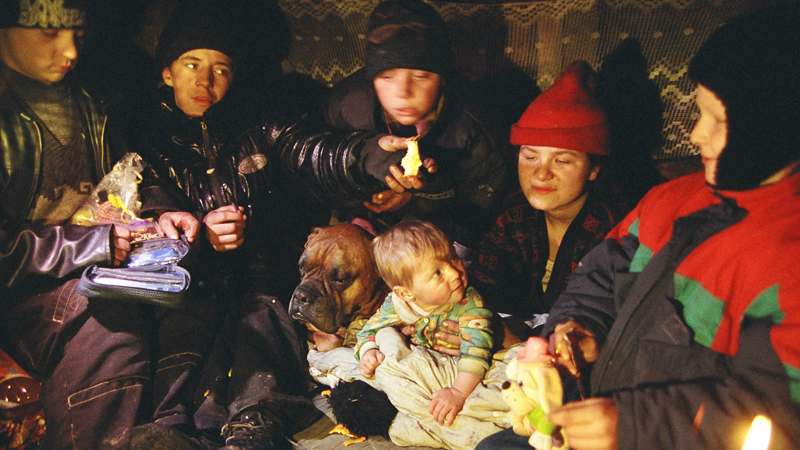 That’s how Polak’s documentary Something Better to Come got its start. For Polak, it was initially about aid work, not filmmaking – until the day in 2001 when she decided to photograph and then film the children. By 2004, she had enough footage to make The Children of Leningradsky, a 35-minute documentary about homeless children at Moscow’s Leningradsky station. The film was nominated for an Oscar and made Polak’s name as a director.

“It’s illegal to be in the landfill and filming is absolutely prohibited. No one wants the conditions at the dump to be made public.”Hanna Polak

The homeless children living in train stations led Polak to even more shocking locations. At a Moscow landfill she came across a community of homeless people living among mountains of garbage, wild dogs and huge bulldozers. Among them was a girl, Yula, who was 11 when Polak first met her. Yula had come to the dump with her father and mother, as they lived in poverty and had no food. Her father later died at the dump. Now, Yula was dreaming of starting a family and living  a normal life.

Polak traces this dream in her feature-length documentary, an incredible story of hope amidst garbage. The films shows people living under nightmarish conditions, with vodka practically taking the place of running water.

The Children Are Family

“This is a highly unusual project, especially because the shooting conditions were extremely difficult. It’s illegal to be in the landfill and filming is absolutely prohibited. No one wants the conditions at the dump to be made public. Everything is illegal. And it’s a dangerous place. You could get killed by wild dogs or run over by heavy machinery. There’s a lot of crime. It’s a nation within the nation. It was dangerous for me, but it’s even more dangerous for the people who live there. If they are hurt, they can’t call an ambulance. Officially, the inhabitants of the garbage dump don’t exist.”

Something Better to Come is the fruit of 14 years among the homeless kids in Moscow. The film and Polak’s work to help the homeless are so closely connected that it’s hard to tell whether she’s an aid worker or a filmmaker.

“I’d say I’m a filmmaker, but if I can help out, I do. The film comes out of a desire to do something for these children,” Polak says. Over time, she formed such close bonds with some of the children that she acquired a third role, as mother.

“These children are my family. They still are. I’m no longer in contact with many of the children in the film. I don’t know if they’re doing well or not. Maybe they’re alive, maybe not. Sadly, I don’t have the time to visit them all. I don’t know of the whereabouts of many of them. But I worry about them, so in a way they have become my children. I think they feel the same way. I took care of them. In many cases I didn’t know how great their tragedies were. Several of them were victims of sexual abuse, but I had no idea. Their suffering  is unfathomable.” 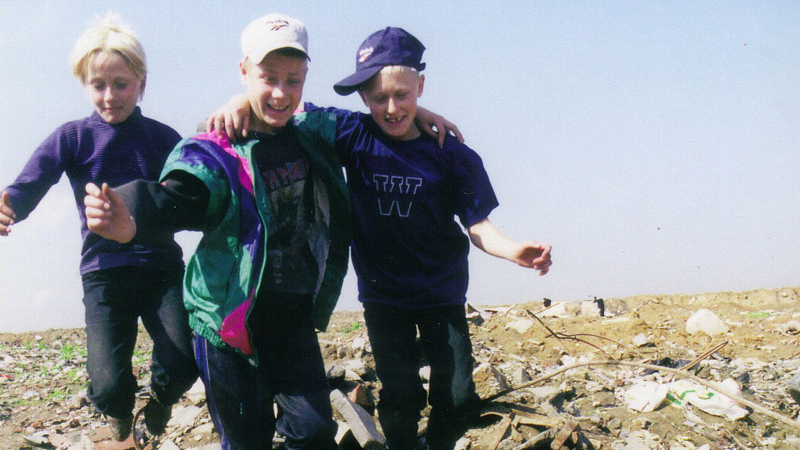 While it’s not uncommon for documentary film- makers to bond with the subjects of their films, maybe even fall in love with them, Polak’s relationship  to the homeless kids in Moscow is unique. Sigrid Dyekjær, who produced Something Better to Come for Danish Documentary Production, describes Polak as “one with her material and her film.”

“For Hanna, this film is so close to her, so much a part of her life, that letting go of it and finishing it is a journey in itself. It’s many years of her life she has to let go of,” Dyekjær says.

“What’s a successful life? These people were not successful materially, but for me they were very successful as human beings.”Hanna Polak

Polak says she tried to finish the film back in 2005, but somehow that didn’t work out.

“I was looking for a producer, but I also wanted  to make sure that the film would be in the best hands. It really is my baby. I wanted to be absolutely certain. It had to be in the hands of someone who was as concerned with the project as I was.”

According to Dyekjær, who ended up finishing the film with Polak, very few people believed in the filmmaker’s vision.

“Hanna is a very singular filmmaker who is willing to go all the way and continually let the material dictate the story. The story wouldn’t end until now, and that made it hard for Hanna to get funding for the film.”

A Film about Humanity

Polak, who is 47, has such a special relationship to Something Better to Come that she almost becomes as much a story as the homeless people she filmed. But that makes no sense to Polak, who for years has been consumed with the importance of getting her story out to the world. The film isn’t just about people living in a landfill.

“Something Better to Come is a film about humanity, about beauty,” she says. “Even though they were homeless and living under these conditions, they would do anything for the people they cared about. Often, they would give everything they had to help someone else. They gave their hearts. For me, that raises a question of where humanity begins and ends. What’s a successful life? These people were not successful materially, but for me they were very successful as human beings. They can feel, they can love, they can share. That doesn’t mean they weren’t flawed, but it’s incredible to come to such a place and be made to feel welcome.”

Russian President Vladimir Putin is evoked several times in the film as a welcome target when the inhabitants of the garbage dump need to vent. But, Hanna Polak stresses, she has not made a political film.

“It’s a universal story. There’s homelessness everywhere in the world. Some homeless children came to my office in Warsaw one day looking for food and they looked exactly like the Russian children. I didn’t want to make a clichéd film about Russia and its social problems. I wanted to make a film about human dignity, about the beauty in people. In that sense my film is a  modern fairytale.”

“Yula had the tenacity to make her dream come true. As a filmmaker, it was an incredible privilege to follow her for so many years. I don’t think my camera mattered to her. I think she personally had the strength to do what it takes to get a normal life.”

Something Better to Come, selected for IDFA’s Feature-Length Competition, is produced by Sigrid Dyekjær for Danish Documentary Production and co-produced by Hanna Polak for Hanna Polak Films.

Something Better to Come in Danish Film Catalogue 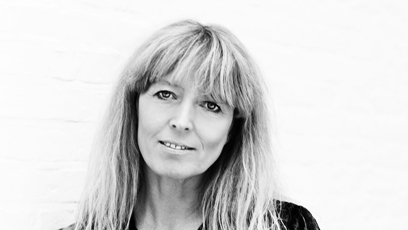 Director, producer and cinematographer Hanna Polak, born 1967 in Poland, graduated from the Cinematography Institute of the Russian Federation, VGIK, in Moscow in 2007. Polak’s The Children of Leningradsky (2004), the precursor of Something Better to Come, was nominated for an Oscar and two Emmys and won an IDA Award. Love and Rubbish (2012), made for the international Why Poverty? cross-media initiative, also came out of her time with the children at the garbage dump. Other titles include Al – Tribute to Albert Maysles (2004), Battle of Warsaw 1920 in 3D (2010), and Faces of Homelessness (2010). Something Better to Come (2014) is selected for IDFA’s Feature-Length Competition.

Something Better to Come in Danish Film Catalogue