Maybe the best thing to come out of Scandinavia during the hippie years was, in fact, the story of a radical libertarian, Mogens Glistrup, and a hedonist capitalist, Simon Spies. Their friendship, forged by being outsiders in a conformist country, took them through years of adulation and success, with slight detours into the welcoming arms of vilification and imprisonment. A joyride through taxation, mass travel, hookers and politics. Not feeling too constrained by historical facts, Christoffer Boe’s story of Spies and Glistrup covers the years between 1965 and 1984.

While Christoffer Boe usually works in an arthouse tradition of complex, experimental story structures – as in Reconstruction (Camera d’Or, 2003), Beast (2011) and Everything Will Be Fine (2010) – the complexity of Sex, Drugs & Taxation does not come out in the form as much as in the characters themselves.

“I could explode the biopic format and tell the characters in other ways. But the interesting thing is not their wildness. Anyone can run into a freak on the corner. The interesting thing here is that what’s wildly original and eccentric about them is also what made them extremely popular. Hundreds of thousands of Danes bought Spies’ tours and voted for Glistrup. I wanted to tell that in a form that matches them.”

“Spies and Glistrup’s message is easy to understand and I wanted to tell the story in their spirit: fun, gaudy. I ended up with a film that’s different from where I started as a director 10 years ago. Then again, maybe it was time to try something new.”

Chasing the fragments of a new ideology

They were larger than life. One chased freedom in an anti-authoritarian perpetual motion machine, while the other also wanted to just enjoy a meatball and chase young girls. In Sex, Drugs & Taxation, arthouse director Christoffer Boe found a new, no-frills form to tell the story of two great Danish eccentrics of the 1960s – the travel mogul Simon Spies and the tax-evading politician Mogens Glistrup, who both wielded capitalism as a weapon against the authorities.

In Denmark, Christoffer Boe’s sixth feature is known as Spies & Glistrup. Every Dane over the age of 30 will recognize those names as belonging to two of the most eccentric power mongers in the nation’s history.

Simon Spies revolutionised the travel industry in the ’70s and ’80s, hawking cheap package tours off his press savvy and bawdy playboy ways, feeding the public titbits about his “morning banging broads,” crazy acid trips and the beloved walking stick, for which he would purchase separate seats in cinemas and on airlines. A lawyer, Mogens Glistrup shocked the Danish tax system by exploiting a legal loophole to avoid paying taxes. He later founded a rightwing party under the banner of zero taxation and, eventually, anti-immigration.

“The consensus when I was growing up was that Glistrup was the blackest sheep Denmark had ever known,” the director says. “He was someone everyone could laugh at and who maybe once knew how to do a thing or two but was basically unlikeable and outrageously wicked. Spies, on the other hand, with his charm, turned everything that would normally be wildly unpopular into a winning hand for himself. He left a massive imprint on the Danish membrane. How did he dare do all the things no one else was allowed to do in Denmark?”

“Now that I’ve looked at them again as an adult, they represent something that I find incredibly likeable: they were entrepreneurial, vigorous personalities with a zest for life, for money, for sex. That’s appealing, but of course there’s a flipside. And the film doesn’t try to hide it. When you’re that involved in your own project, a lot of other people are going to pay the price.”

That Spies and Glistrup were close friends from 1965 to 1973 is not a very well known story. Boe himself only learned about their close partnership during his years of research and writing with co-writer Simon Pasternak. Finally, the film grew into a story of friendship between the two oddballs and their chase after freedom with equal parts Sex, Drugs & Taxation – as the international title has it.

Boe shot parts of the film in old Copenhagen bars. He uses old 8mm footage of women in the streets in the sixties and, always aesthetic to a fault, he updates the Danish designer furniture in Spies’ offices as the years pass. But the film is not about wallowing in nostalgia, Boe says. “I’m not dreaming about returning to the ’60s – or the ’70s or the ’80s or the ’90s. I don’t think it was groovier back then,” he says.

But the film can, Boe says, be seen as an alternative take on what was good about the ’60s and the following decades:

“Hippie open-mindedness as a cultural type is found here in two capitalists. That way, the film offers a different image of the era. The open-mindedness we usually associate with young people listening to rock music is, in the case of Spies and Glistrup, the province of two middle-aged, balding, fat men who want to make a buck. Capitalism today has become a huge authority in our social thinking, with no real alternative. But for me, growing up in the ’70s and ’80s, capitalism represented a rebellious answer to freedom.”

The film’s two protagonists may not be crafting a whole ideological work, but they are chasing the fragments of one, Boe contends. “Their approach was sometimes intuitive, sometimes theoretical and sometimes it’s just about the pleasure. Glistrup nor Spies didn’t want anyone telling them what to do with their money, where to go, or what to eat. And in Glistrup’s case, he knew a hell of a lot about income taxes.” 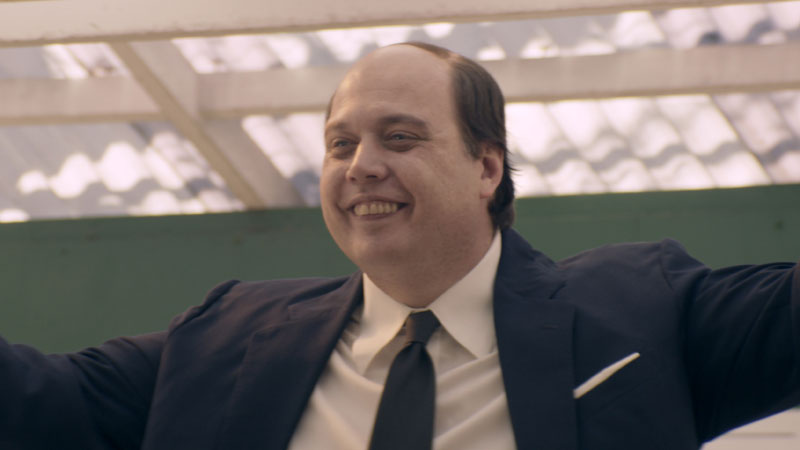 Simon Spies is played by Pilou Asbæk (Borgen, A Hijacking), while Glistrup is interpreted by Boe’s regular leading man, Nicolas Bro, who nailed the demanding leads in Boe’s Beast (2011) and Offscreen (2006).

“Bro is perfect for the part of Glistrup. As a person, Glistrup was a loveable human being, but it didn’t take much before he was obsessed with something and controlled by a crystal-clear will. I love pursuing that idea in my stories, and I have made an incredible number of films where Bro embodies just that. In Sex, Drugs & Taxation, he has to combine humanity and obsession in a historically accurate person.” Indeed, obsession is a principle the film wants to render. Sure, Glistrup today is remembered mainly for his last years as an anti-immigrant politician who was convicted and jailed under the racism law. But Boe sees something more inspiring going on with Glistrup in the period in which the film is set.

“There’s a fundamentally anti-authoritarian and anarchistic ideology in Glistrup’s thinking. The moment you tear down an authority, you set yourself up as one. It’s a perpetual motion machine. At one point, Spies is thinking: When the hell are you going to shut up, so we can have a meatball and chase some young broads? But for Glistrup it’s never ending. I’m basically fascinated by people who have this nonstop drive to go on. We would like someone’s goal to be one where we can say: Okay, we’re there. But life isn’t like that. The moment we get there, we’re dead.” 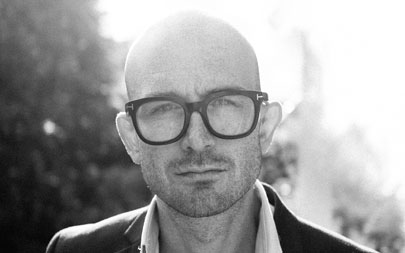 Director and screenwriter. Born 1974, Denmark. Graduated from The National Film School of Denmark, 2001.

Boe’s first feature film, Reconstruction (2003) won the Camera d’Or at Cannes, and his second film Allegro (2005) screened at Sundance. In 2006 Boe received the Young Cinema Award at Venice for Offscreen (2006). Everything Will Be Fine (2010) was selected for Directors’ Fortnight at Cannes. Beast (2011) won awards at the Tous Ecrans Film Festival in Geneve and Montreal Fantasia festival. Sex, Drugs & Taxation meets with its first international audience at the Toronto International Film Festival in the Vanguard programme.