Sunday 13 May, 1984. Lars von Trier's highly stylized feature debut The Element of Crime has its world premiere in the Competition at the Cannes Festival. Read the film's manifesto issued by the 28-year-old director von Trier.

“Seemingly all is well. The filmmakers live in spotless relationships with their products … possibly love-affairs with a touch of routine, but good and solid partnerships, nonetheless, where the small day-to-day problems takes more the enough of their share of time. In fact they alone become the entire content!

In other words ideal marriages which not even the next door neighbor could lift eyebrows at: no noisy fights around midnight … no halfnaked, compromising scenes on the stairs – a union between the two parts: the filmmaker and his celluloid-mate to everybody’s satisfaction … at peace with themselves … and yet! We can all feel it: The Great Fatigue is here! How could the once so passionate love-affairs of film history shrink into marriages of convenience? What happened to these old men?

What corrupted the old masters of sexuality? The answer is simple. Misunderstood desire to please … massive fear of selfexposure (so what if the potency is lacking when the wife has been weaned a long time ago?) These have made them abandon the very thing which once gave life to their relationship: fascination!

We can all feel it: The Great Fatigue is here! How could the once so passionate love-affairs of film history shrink into marriages of convenience? What happened to these old men?Lars von Trier

The fault for this ruin lies with the filmmakers alone. In their despotism they never gave their beloved one the possibility to grow and develop in love, proudly refusing to see the miracle in her eyes, thus crushing her and themselves.

The hardboiled old men with hearts of stone must die. We want more – the real thing, the fascination, the experience – childlike and pure as art. We want to go back to the time when love between filmmaker and film was young, when the joy of creating oozed out of every frame. Substitutes cannot satisfy us anymore. We want to see religion on the screen. We want to see mistresses of the screen vibrant with life: unreasonable, stupid, stubborn, ecstatic, repulsive, wonderful, but not tamed and made sexless by a moralizing grumpy filmmaker, a stinking puritan, cultivating the moronic virtues of the nice facade.

In short, we want to see heterosexual films, for, about and by men. 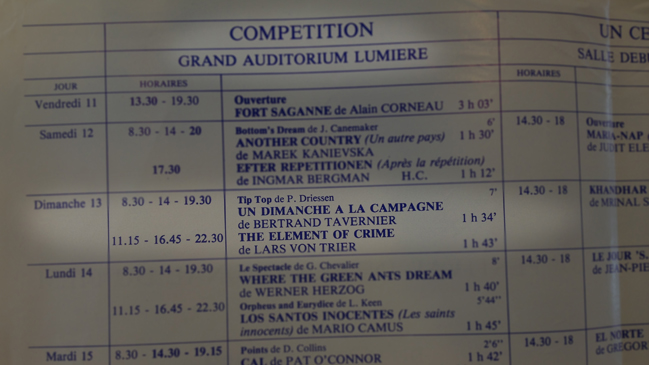 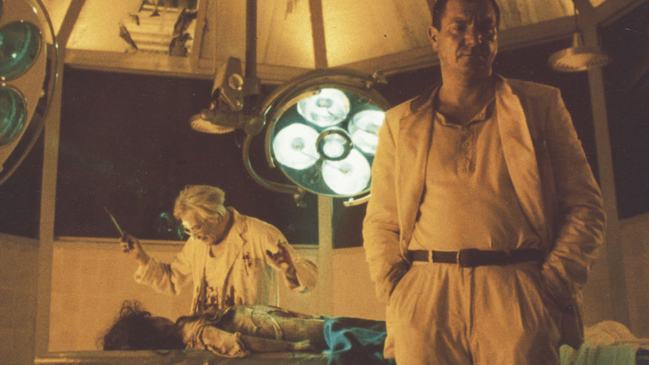 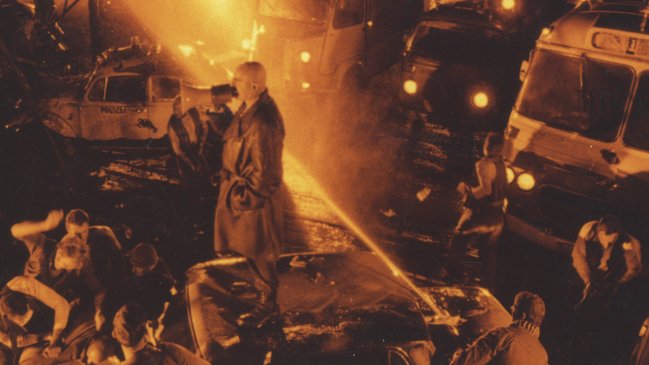 The Element of Crime was awarded the top technical honour, the Grand Prix de la Commission Supérieure Technique, at the 1984 Cannes Festival, the first Danish Award in the Competition in 17 years.

The young rebel’s film was produced by Per Holst who returned to Cannes’ Competition three years later with Bille August’s Pelle the Conqueror, capturing the Palme d’Or.

In 1991 von Trier was back in the Competition, winning the Prix du Jury and the Prix Technique for Europa. In 1996 the director won the Grand Prix for Breaking the Waves, produced by Lars von Trier and producer Peter Aalbæk Jensen’s own company, Zentropa.

Von Trier’s Dogme 95 film The Idiots was in the Competition in 1998 and was joined by Thomas Vinterberg’s Dogme film Festen/The Celebration.

In  2000 von Trier’s Dancer in the Dark took home the Palme d’Or and the Best Actress award for Björk. The latter award was given to two more films by von Trier: 2009’s Antichrist for Charlotte Gainsbourg and 2011’s Melancholia for Kirsten Dunst.

Within the 30 years since Lars von Trier’s made his first appearance in the Competition, a Danish director has been selected for the Competition 15 times – von Trier with 9 films and Bille August, Thomas Vinterberg and Nicolas Winding Refn each with 2 films.