FALL ISSUE 2015
The harder you fly, the deeper you fall

Andreas Johnsen tracked the Danish rap phenomenon Kidd for a year or so, catching him at his stupidest, giddiest and most vulnerable. The result is Kidd Life, a feature-length documentary chronicling a young man’s meltdown in a hyperventilating media reality.

Shrouded in his hoodie, Nicholas Westwood Kidd lurks in the yawning darkness of the concert arena, squinting at the flickering jumbotron. At that moment, a top-selling Danish pop star appears and runs through his sound check up to the live broadcast of the Danish Music Awards. Kidd shouldn’t even be there. But he is. He’s part of it. And soon it’s his turn to go on stage.

“Everything we set out to achieve, we did in six fucking months,” he grins at the handheld camera. “It’s like everyone’s been blinded. They don’t want to open their eyes and see what’s really going on,” the 22-year-old rapper says, incredulous.

It’s October 2011 and the story of Kidd has been unfolding over six unbelievable, breathless months. It all started as an in-joke among a group of cash-starved Copenhagen kids with a knack for catchy beats. In a moment of youthful giddiness, they decide to sell out, chase fame and fortune – and keep a straight face. They want to pander to the masses, spit out superficial lyrics and canonise the character of Kidd as the next big rap star.

Their first tune is about a girl who has a good time with one of Kidd’s homeys, Jamel, and now the rapper won’t foul her himself, even if he wants to.

Jamel himself shot a handheld black-and-white discount video of the sneering rapper that erupts into the first full-fledged Danish YouTube phenomenon. The hit explodes out of the underground and soon there’s talk of a new wave in Danish hip-hop.

Documentary filmmaker Andreas Johnsen was basically in from day one. Johnsen’s past films proved his eye for the conflicted nature of desperado rappers: one delving into the international street-art world and another, Mr. Catra – The Faithful, looking at a piece of dirty business involving a local king of the Rio genre of baile funk.

Johnsen got to track Nicholas Westwood Kidd, catching him at his stupidest, giddiest and most vulnerable. The footage was turned into a 97-minute documentary, Kidd Life.

Flying Hard
With his camera as witness, Johnsen candidly reveals Kidd’s hype to be, if not stranger than fiction, then certainly fiction, taking him to the top of the world and the bottom of the abyss.

“In the beginning, it’s fun. The guys are having the time of their lives,” the director says. “Kidd knows exactly what he’s doing. But then things take a dangerous turn. He’s swallowed up by his own hype. The drumbeat of the media’s expectations of him becomes so steady, so unrelenting that he’s blinded and unconsciously fights an impossible battle to live up to the expectations.”

By the summer of 2011, Kidd is performing in front of a rabid audience of thousands at the Roskilde Music Festival, touring jam-packed venues far from Copenhagen, and the cash is pouring in. He’s wallowing in groupies, booze and drugs. Everyone is buying into the joke and he even starts defending his music to the point of losing his ironic detachment.

“People are seriously dumber than I thought,” he boasts, even as ambition and dependency are visibly creeping into the ever more ambivalent portrait of an artist spinning out of control.

His recording debut Greatest Hits 2011 only complicates matters. The album skyrockets on iTunes and the reviews are overwhelming – despite the project’s musical half-assedness.

It’s like everyone’s been blinded. They don’t want to open their eyes and see what’s really going on.Nicholas Westwood Kidd

Soon, Cheff Records, as the group of friends have dubbed their autonomous and chaotically managed label, is rife with discord. Kidd’s beatmakers and best friends are concerned about their front man’s lack of seriousness. They worry that the music and lyrics aren’t trying hard enough.

“A lot of things factor in when a group of kids coming out of nowhere have to agree about running a potential business empire,” Johnsen says. “They all have different levels of ambition, and suddenly Kidd is a sensation. Can jealousy and suspicion be avoided? Will Kidd have the wherewithal to stay friends with the others and credit them for their part in his success? In practical terms, how do you split the money when you never discussed that kind of thing before? It all happened so fast. Kidd never had time to think. There was always a gig to play, a party to be the centrepiece of – booze, drugs, women lining up.”

Tail Spin
Just before New Year’s Eve 2011, the pressure – and maybe the indifference, too – becomes too much for Kidd, who takes to Twitter to announce that he’s done with music. There’s an outcry – and in the blink of an eye the young man is a guest on Denmark’s most popular talk show, sweating bullets as he explains why he’s calling it quits. Though he tries to make plain that the whole Kidd project was just a bad joke that everyone took way too seriously, he ends up recanting. The media firestorm over his retirement makes Kidd announce his comeback in his next breath.

“The harder you fly, the deeper you fall – isn’t that what they say?” the exhausted fabulist says, his head spinning, at the end of Kidd Life.

To be sure, his gallows humour never fails him. And sure, close enough on the idiom. Johnsen’s documentary is a shocking look at how fast things change. From the pits to the peaks and back again in a hyperventilating, hyped-up media image working on every conceivable platform. In this world, no one is spared, kiddo.

Kidd Life, selected for the film festival in Rotterdam, is produced by Kirstine Barfod and Andreas Johnsen for Rosforth Films and Killit Films. For further information, see reverse section. 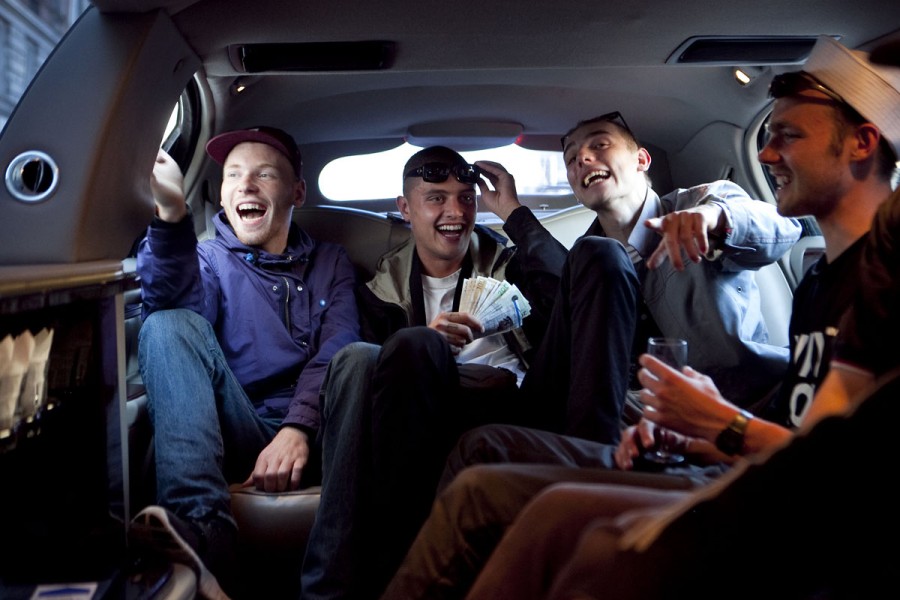 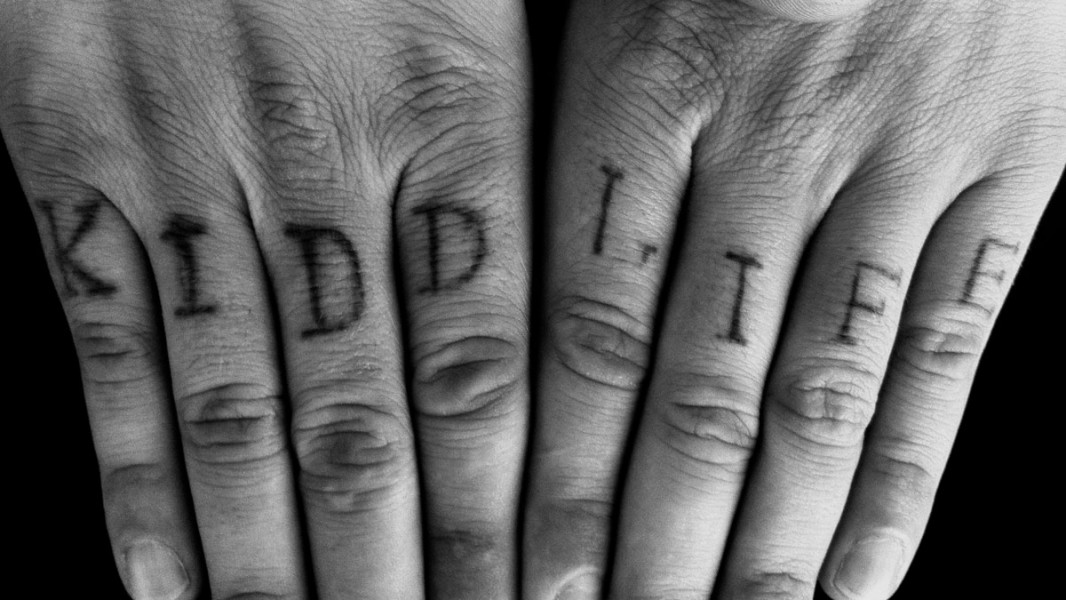 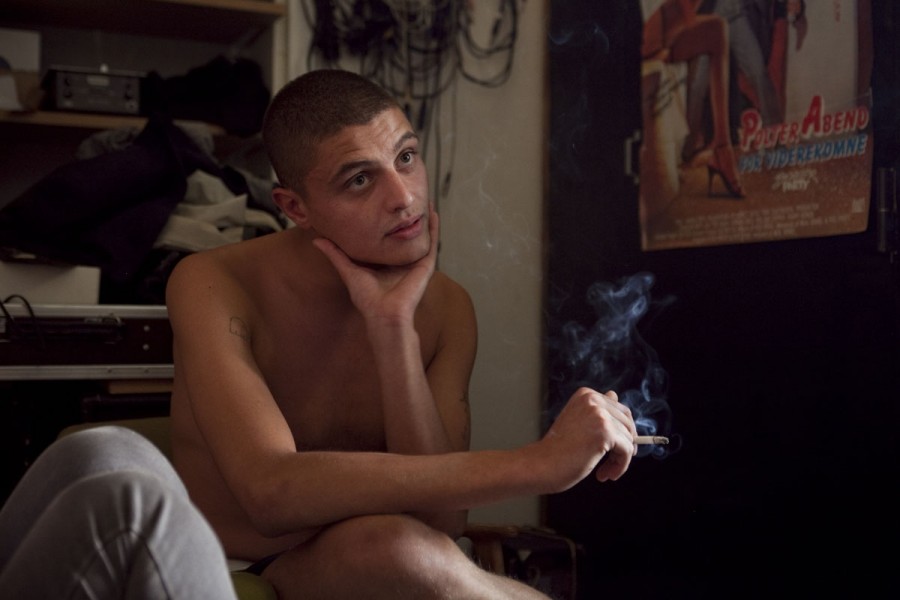 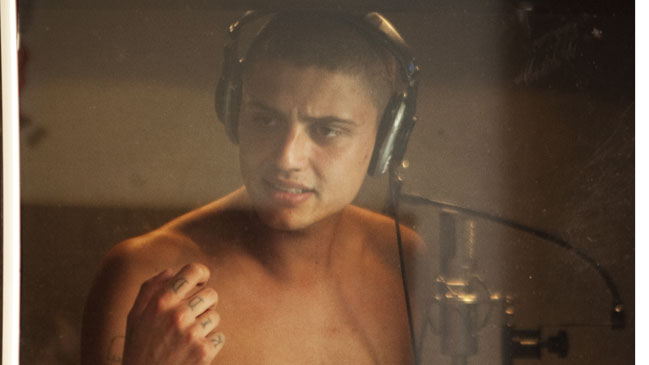 Andreas Johnsen
Director Andreas Johnsen, 38, received a Special Mention for Kidd Life at CPH:DOX, and the film was selected for Rotterdam. Nicaragua, Brazil, Jamaica, Ivory Coasty and Nigeria are just a handful of the countries Johnsen has visited with his camera.

His curiosity-driven method has produced films like A Kind of Paradise (2011), a collective portrait of artists, musicians and other creative firebrands in eight African nations, and Murder (2009), a story about Nicaragua’s abortion law.

Andreas Johnsen is a self-taught filmmaker.