BERLIN ISSUE 2014
The Soul of Architecture

Buildings are more than bricks and mortar. They speak of who we are, and who we would like to be. Each of the six directors in Cathedrals of Culture contributed a film that uses a 3D vocabulary to explore a culturally significant building, making you feel like you’re almost there. That was part of the ambition, producer Anne Köhncke of Final Cut for Real tells FILM.

Q: How did the project get started?

Wim Wenders, who is famous for his 3D dance documentary Pina, is the initiator and executive producer of the series. It all began when he made a 3D film for the Venice Architecture Biennale in 2010, If Buildings Could Talk, and got the idea to bring together some of the world’s most acclaimed directors to explore 3D as a cinematic vocabulary around the subject of architecture and people. That’s how the idea emerged for a series of films in which the buildings would be the central characters looking at us people, and not the other way around.

Q: How did Final Cut for Real enter the picture?

One of Wim Wender’s producers introduced me to the idea at a workshop in 2011 organised by the producers’ network EAVE, and my colleague Signe Byrge Sørensen and I quickly realised that this was something we would like to try our hand at and that Michael Madsen was the most obvious Danish director for the job. Apart from Wenders, Michael is the only director in the series who had worked in 3D before, when he made The Average of the Average in 2011. His contribution to Cathedrals of Culture is about the Halden prison in Norway, which has been called “the world’s most humane prison.”

Q: What does the 3D vocabulary add?

The idea is to explore, try out and show new and more numerous aspects of 3D as a cinematic vocabulary. The link between architecture and 3D is obvious. 3D makes it possible to understand and really get the feel of a building without being there yourself. In the case of the building we worked with, the Halden prison, it’s also a matter of getting into a place that very few people will ever get a chance to experience, since, after all, it is a high-security prison.

Q: Why is architecture so important?

Cathedrals of Culture is selected for Berlinale Special. Anne Köhncke and Signe Byrge Sørensen are producing Michael Madsen’s film for Final Cut for Real and are co-producing the other five films with main producer Neue Road Movies. More at neueroadmovies.com.

“A Prison Represents the Flipside of Society”

Danish director Michael Madsen reflects on his choice of Norway’s Halden Prison as his contribution to Cathedrals of Culture:

“It has been said about ancient Rome and its barbarous taste for gladiators fighting to the death that a society can be defined by how it entertains itself. Another fault line in society is how it deals with those who break the law.”

“Architecture is psychology as space. Nowhere is this more visible than in the social engineering of prisons – that is, the question of whether citizens are taken away for the satisfaction of the surrounding society – revenge – or for re-socialisation.”

“A prison represents the flipside of society. It is a state-sponsored fortress meant to contain that which is judged unacceptable. A prison is the place where tolerance ends and society struggles for survival by simply taking away individuals whose actions – sometimes only in thought – threaten moral values, other people’s security or even the state itself.”

“The French philosopher Michel Foucault, in his seminal work Discipline and Punish, shows that the objective of citizen rehabilitation is a reflection of the ideals of any society. The architecture of a prison is an expression of the self-understanding of, in this case, the Scandinavian welfare state. A prison, in other words, is a vessel for preserving – or even creating – a certain type of humans, a certain type of culture.”

“A prime present-day example is Halden Prison, built in 2010. My choice of Halden Prison gives me the opportunity to ask how a society chooses to represent itself and how this becomes manifest in the public buildings it creates.” 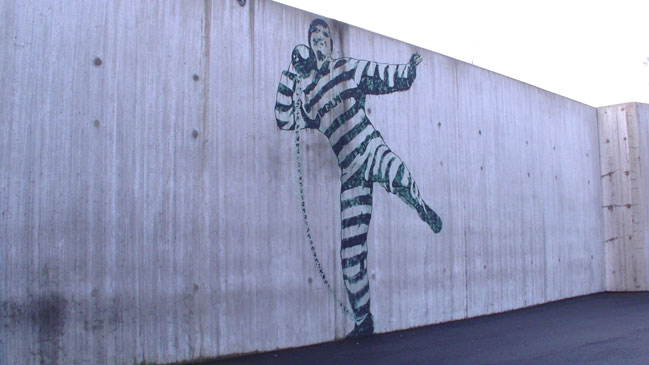 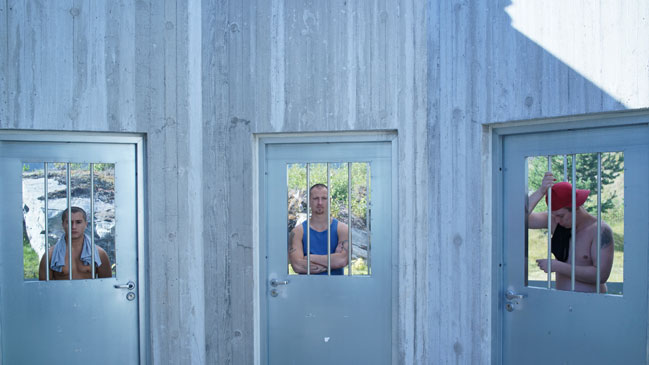 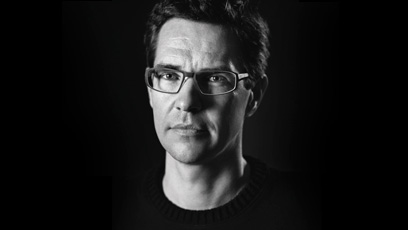 Director, born 1971. In his acclaimed Into Eternity (2010), Michael Madsen went underground to examine the world’s first permanent nuclear waste repository in Finland. Madsen experimented with the 3D format in The Average of the Average (2011), a philosophical look at life in Denmark. Alongside the film on Halden Prison, Madsen has been working on The Visit with Magic Hour Films, to be released in 2014.

Each of the six directors contributing to Cathedrals of Culture presents his or her vision of a culturally significant building:

Michael Madsen’s contribution to Cathedrals of Culture is a film about Halden Prison in Norway designed by Erik Møller Arkitekter of Denmark. Despite housing some of Norway’s toughest criminals, the facility has been called “the world’s most humane prison,” since every part of the design is based on principles of rehabilitation. The idea is that having art on the walls and a panoramic view of nature, instead of barred windows, etc., has a positive influence on inmates.