Stepping sideways into the animation industry, in no time he became Denmark’s top visual effects specialist. Today, he is known as the master of the pitch. Fascinated by the nerdy nitty-gritty of the business, he sees himself as a highly enthusiastic person. Meet the director and Marco Macaco-producer Thomas Borch Nielsen of Nice Ninja.

“When I was at Cartoon Movie and had to pitch this crazy idea about some worms who form the world’s greatest disco band, I seriously worried that we were the only ones who thought it was funny. Luckily, we weren’t! The crowd loved it. They laughed and danced. Then I knew the film had international potential.”

With no small fondness, Thomas Borch Nielsen recalls his first visit to Cartoon Movie in 2007. Apart from a warm response, his pitch for Sunshine Barry and the Disco Worms, his first animated feature as a director, also got him a sales agent, Sola Media, and they have been working together ever since. The film ended up selling to 78 countries.

Borch Nielsen is the owner of the production company Nice Ninja, and this year he is at Cartoon Movie as the producer of the company’s Marco Macaco. The film, about Marco the monkey beach-officer, grew out of recently graduated director Jan Rahbek’s winning project at Nordic Film & TV Fund’s Nordic Talent Pitch. Borch Nielsen loved Rahbek’s graduation film, Space Monkeys, and suggested that they write the screenplay together and realise the film with Rahbek directing and Borch Nielsen producing.

It was never in the cards that Borch Nielsen would become an animation producer. As a student of film and media studies at Copenhagen University in 1986, he stumbled on a job ad for a production assistant at Swan Film. The company was producing the animated feature Valhalla, which would turn out to be one of the greatest accomplishments in the history of Danish animation. He got the job. And within three months, he was the production manager of a series of animated shorts spun off from Valhalla.

“All of a sudden I was in charge of 100 young people who were sitting there animating. I knew nothing about animation, but I was quickly fascinated by it,” Borch Nielsen says.

Soon, he was directing and animating TV commercials. Learning that it was possible to 3D-animate on a computer, he went to England and brought back the first Silicon Graphics computer to Denmark, a technological breakthrough. In 1998, he directed, and also did the visual effects for, his first feature, the live-action sci-fi thriller Webmaster.

The effects were so impressive that, within long, he was running Denmark’s most in-demand visual effects shop. He had served as visual effects supervisor on 30 features and won two Roberts before he came up with the idea for Sunshine Barry, which he produced together with Crone Film.

All of a sudden I was in charge of 100 young people who were sitting there animating. I knew nothing about animation, but I was quickly fascinated by it.Thomas Borch Nielsen

The Story is Key

Even as Borch Nielsen is busy geeking out on technology, stories are the be-all and end-all at Nice Ninja.

“The stories and the characters are the most important thing. We spend an insane amount of money writing, storyboarding, developing character animation and recording voices. And of course we focus on the graphic look. With Marco Macaco, we found a new way of producing by painting all the backgrounds. That elevated our design, and I frankly think Marco Macaco is the best looking animated film ever produced in Denmark.”

Marco Macaco was produced on a budget of 2.29 million euros. Or one and a half percent of a Pixar production.

“Our films are never going to look like Pixar films, with fur with little snowflakes stuck in it. But we can create our own style. And a good story is a good story,” Borch Nielsen says.

So far, Nice Ninja has only done original stories, a tough sell in today’s theatrical market.

“Original film stories for kids are having a tough time,” he says. “If you aren’t a brand that the audience already knows, it’s hard to get people into theatres. Artistically and personally, I think it’s a shame that you can’t write an original story for film but have to adapt a book or TV series. That doesn’t just go for animation but for the entire movie industry. During fall break, we sold 60,000 tickets for Marco Macaco, while the latest instalment of the Father of Four family franchise sold 400,000. Meanwhile, we are up against the big international brands, too.”

While Borch Nielsen’s favourite films include Toy Story by Pixar of the U.S. and The Wrong Trousers by Aardman of the UK, he most certainly thinks Danish animation has something to bring to the international scene.

“We can bring things with an edge. Marco Macaco is not your typical, straightforward story. It has some surprising plot twists you would never see in an American movie. The protagonist isn’t even that likable. He does some crazy things. And we tend to have this whacky slapstick humour. At a European market like Cartoon Movie, the Danish projects are typically more comedy oriented, while the others are more epic.”

Perhaps that’s why Borch Nielsen’s pitches are always a hit at Cartoon Movie. And definitely also because he takes the discipline seriously and knows how to put on a show.

“I spend months preparing a pitch. I look at it as a performance. I bring storyboards, drawings, film clips, 400 slides. The poor people at Cartoon have to watch maybe 60 films in two days, so you have to be entertaining the whole pitch through. I’m a very enthusiastic person. I jump and dance around. I talk too fast and do all the voices. Communicating enthusiasm is important. If I don’t have any enthusiasm, why should they? Buyers look at the concept, but they also look at the team behind the project to see if they can deliver and sustain.”

Borch Nielsen went to Cartoon Movie during all production phases of Marco Macaco. He considers the pitch to be a highly useful tool in developing a story.

“You have to know how to boil down your story to five minutes and very accurately describe the concept. Seeing how the story works and where the audience laughs is a good acid test. A weird thing happens when you’re in front of an audience. You suddenly see yourself from outside. You get out of your tangled brain and get a clearer view of your project.” 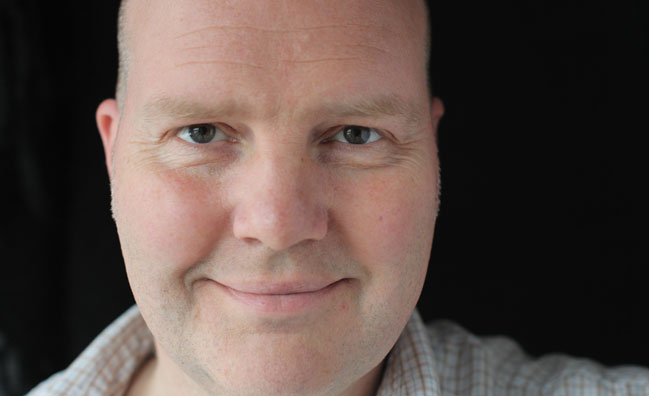 Borch Nielsen made a number of music videos and commercials before directing the science fiction feature Webmaster (1998). The film sold worldwide and received Best Actor and Best Special Effects Award at the FantaFestival in Rome. It was followed by the children’s feature Jewel of the Nile (2000).

Borch Nielsen has worked with 3D animation and special effects after studies in France and USA. Borch Nielsen won a Danish Robert Award for Best Visual Effects in 2001 and 2005. Has taught dramaturgy at the National Film School of Denmark and written novels for young people.