Danish actors are having a lot of success playing bad guys in American films and TV series. Most recently, Thure Lindhardt has been making an international name for himself. Last year, the actor was nominated for a Gotham Independent Film Award and a Spirit Award for his role in Ira Sach’s Keep the Lights On.

Soon, we’ll be savouring Lindhardt as a hit man in season three of the Showtime Renaissance series The Borgias. Series creator Neil Jordan also cast the Danish actor as a vampire in his new movie Byzantium.

All of these villains are pussycats, though, next to Lindhardt’s next movie role as Wolfgang Priklopil, the man who notoriously kidnapped a 10-year-old Austrian girl, Natascha Kampusch, and held her prisoner for eight years. Sherry Hormann directed 3096.

The film is based on Kampusch’s autobiography and the title refers to the number of days Priklopil held her in a custom-built cellar prison – from the time she was kidnapped on her way to school in 1998 until she finally escaped in 2006.

The film, which is produced by Constantin Film of Germany, opens on 28 February. 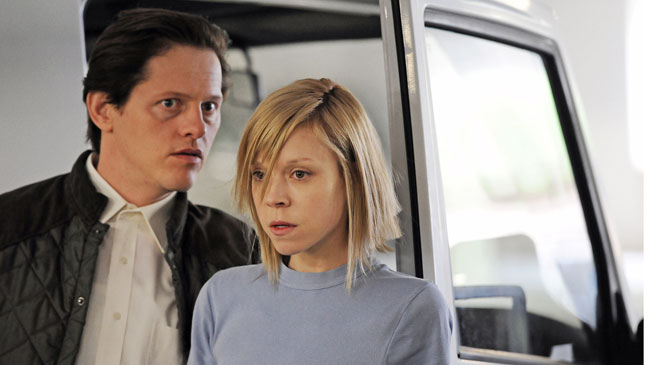 Well, the title refers to the number of days, Kampusch was held prisoner by Priklopil (Thure Lindhardt).

Lindhardt is playing opposite the Irish actress Antonia Campbell-Hughes as Kampusch and the Danish actress Trine Dyrholm as Kampusch’s mother.