In Mission Rape – A Tool of War, Annette Mari Olsen and Katia Forbert Petersen shine a light on the thousands of women who were raped during the Bosnian War but failed to get adequate redress for the crimes committed against them in the post-war judicial reckoning.

In a humble office in the Bosnian capital of Sarajevo a mother and her grown daughter work tirelessly every day with the consequences of the Bosnian War from 1992 to 1995.

Both the mother and the daughter, who was a child at the time, were raped during the war, when rape was used systematically as a weapon of war to carry out ethnic cleansing. Both women take part in Katia Forbert Petersen and Annette Mari Olsen’s documentary Mission Rape – A Tool of War.

The two directors spent several years making the film in collaboration with producer Karen Hjort. Focusing on the women from Sarajevo, they clearly and powerfully shine a light on the consequences of the mass raping that was carried out during the Bosnian War and the lack of legal redress for the women in the international tribunal after the war.

“Rape is recognised as a war crime. But rape is lumped together with all the other crimes. It’s not a crime that’s mentioned and singled out in court. The women who were raped never hear it stated in court that a criminal raped 20 specific women,” Katia Forbert Petersen says.

“A lot of these women are living like zombies. They are dead inside.”Katia Forbert Petersen

Rape as a war crime continues to be perpetrated around the world. It’s happening right now in Syria, Africa, South America and elsewhere, but it’s not spoken of, Annette Mari Olsen says.

“We talk of fatalities and casualties and wounded soldiers and estimated civilian deaths. But rape and the consequences to the victims are not brought to light, unless it’s an extremely high number of crimes,” Olsen says.

“Rape is a taboo, a shame-ridden crime. It’s amazing  that the women in our film are willing to stand up and talk about it, both to us and to a court of law.”

Rape statistics from the Bosnian War range from 25,000 to 50,000 instances. The film includes scenes from the post-war tribunal, where war criminals are sentenced to death for homicide.

Obviously, no criminal can get a sentence longer than life, and the women in Bosnia and other countries aren’t asking for more jail time for the criminals. They are asking for justice. As the two Danish directors say, this is necessary for the rape victims to get their lives back.

“A lot of these women are living like zombies. They are dead inside. Many of them say it would have been better if they had been shot,” Forbert Petersen says.

Olsen mentions the Norwegian trial against the mass killer Anders Breivik as an example of a case where judicially a big deal was made out of mentioning the name of every single individual Breivik killed.

“After the Bosnian War, some women courageously testified in court about what happened. There have been no consequences. We hope the film will let women know that they don’t have to hide.”Annette Mari Olsen

”Each victim is given the feeling of having achieved judicial justice. Whereas during post-war court trials rape is being dealt with as the least significant of war crime acts. It is as though the courts haven’t understood how central the position of woman is in society – she is the ‘mother-daughter-sister.’ It’s the pillar of society that has been violated and unless justice is done the aftermath will be felt for generations to come,” Olsen says.

“After the Bosnian War, some women courageously testified in court about what happened. There have been no consequences,” Olsen says. “We hope the film will raise awareness about that and let the women know that they don’t have to hide. The victims shouldn’t be ashamed that they were raped.” 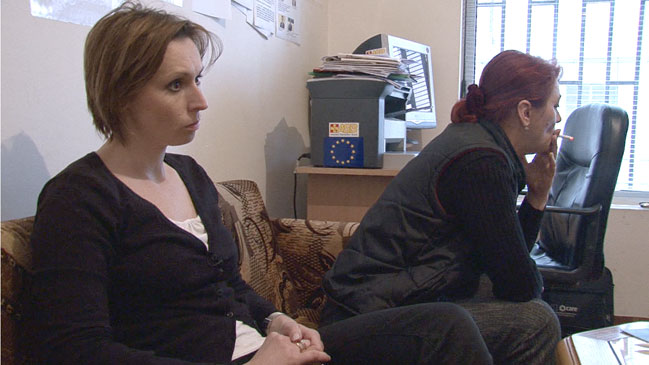 The last rapes of the Bosnian War took place almost 20 years ago. As the Danish documentary’s footage from Sarajevo shows, the consequences of the assaults  are still being felt. Rape is a common crime in peacetime, as well. But, as Forbert Petersen says, rape is much more widespread during a war. “All the bad things that happen to women in peacetime grow to monstrous proportions in wartime.”

“The still unresolved political conflicts in Bosnia are closely tied to the lack of justice for the rape victims,” Olsen says. “When you impact the woman, you also impact the husband, the children – the whole family.” Forbert Petersen adds, “It reverberates through the generations. It lingers.”

Mission Rape – A Tool of War, selected for Panorama at IDFA, is produced by Annette Mari Olsen, Katia Forbert Petersen and Karen Hjort for Sfinx Film/TV.

Mission Rape – A Tool of War in Danish Film Catalogue 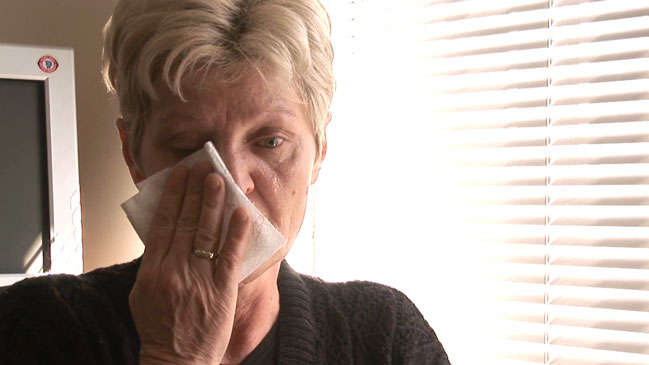 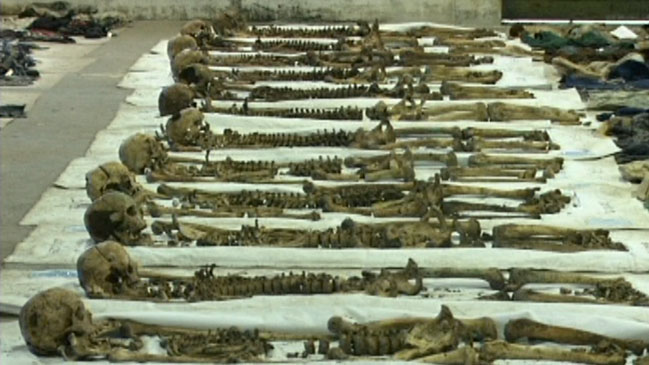 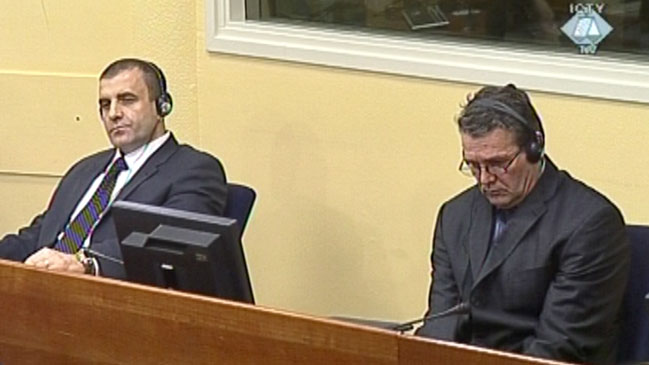 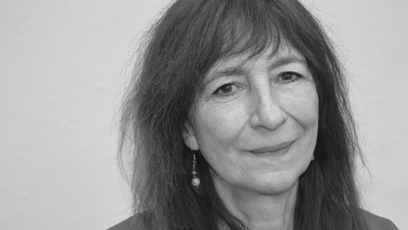 Director and producer Annette Mari Olsen, was born 1947 in Denmark, but grew up in Iran and England. She holds an MA from the Polish Film School in Lodz from 1973. Before returning to Denmark in 1977, she worked as a director in Poland. Her stints as an interpreter of Farsi/Persian, among other languages, have led to several films about minorities living in Denmark. 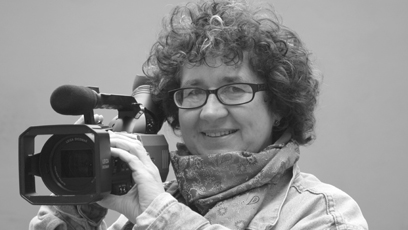 Cinematographer and director Katia Forbert Petersen, born 1949 in Poland, graduated in cinematography from the Polish Film School in Lodz. She has shot around 150 films and worked widely as a cinematographer, including for ZDF and the Canadian Film Board.

Annette Mari Olsen and Katia Forbert Petersen, the filmmakers behind Mission Rape – A Tale of War, have been running their company Sfinx Film/TV since 1988, making films that appeal to the heart and the mind.

It’s no coincidence that the integration of people from different cultures features as a prominent issue in the list of films Annette Mari Olsen and Katia Forbert Petersen have made in their long-standing professional partnership at their joint company Sfinx Film/TV.

Katia Forbert Petersen came to Denmark from Poland as a refugee in 1969 with a degree in cinematography from the National Film School in Lodz. Annette Mari Olsen was born in Denmark and grew up in Iran and England. She has a degree in directing, also from the Lodz Film School, and has lived in Denmark for the last many years.

Their multicultural backgrounds form the foundation for their interest in, and understanding of, meetings between people of different origins across the world. Their films never fail to penetrate to the human core of the subject or event they are describing.

Mission Rape – A Tool of War is the latest film from the two documentarians. The film’s message has priority over the aesthetics. In other films, including The Bird That Could Tell Fortunes (2007) and My Iranian Paradise (2008), they have crafted highly personal and atmospheric documentaries.

Sfinx Film/TV has existed since 1988, making it one of Denmark’s oldest documentary production companies. Forbert Petersen is cinematographer and co-director, while Olsen is director, producer and general manager.

Mission Rape – A Tool of War is one of six films nominated for the Oxfam Global Justice Award. The Award recognizes the efforts of filmmakers telling stories about people who make a difference. The winner is announced during IDFA.

In June, Annette Mari Olsen and Katia Forbert Petersen’s film was screened in London during the global summit End Sexual Violence in Conflict. The object of the summit was to do something about the fact that mass rape as a military strategy is still seen in many conflicts. The summit is reportedly the biggest meeting ever held on the subject.

The film received a nomination for the Iris Best European Intercultural Programme at Prix Europa and is selected for Vienna Human Rights Film Festival, taking place in December. See more at nomoremissionrape.com.

Mission Rape – A Tool of War in Danish Film Catalogue