Vibeke Bryld's Pebbles at Your Door tells of a woman's rude awakening from the North Korean puppetry. Old propaganda publications, a blow dryer and incense sticks went into the making of this oddly beautiful short.

How do we construct reality? Do we trust our family,  our teacher, our government, or our own perception?

Harmonia, the centre of Vibeke Bryld’s short film Pebbles at Your Door, grew up in the North Korean elite. She lived a protected life in Pyongyang with a good education, medical care, and plenty of food on the table. She had always believed her homeland to be a nice communist country where people looked after each other. Her only worry was the wellbeing of her mother and sister, who escaped to South Korea when Harmonia was little.

In the film we witness how her belief was so strong that when she’s suddenly confronted with the true face of North Korea, her world collapses. Now, she faces a choice between living in a broken paradise of lies and deception or treading the unknown, lonely path of the world outside the cave.

“North Korea is an extreme version of losing your childhood faith: the shock of being confronted with a reality that looks completely different than you imagined,” says director Vibeke Bryld. “It’s fascinating, and terrifying, that there’s still this one place in the world where people are stuck in a fictional world.”

Harmonia was a minor character in Bryld’s last documentary, Bedtime Stories from the Axis of Evil (2011), where she reads to her grandchild. While the grandmother’s story didn’t fit into that film, Bryld knew she wanted to tell it. One complication: The woman couldn’t show her face, because she had to remain anonymous for security reasons.

That’s why Bryld and her team of set designer Elin Maria Johansson and cinematographer Lis Dyre developed a cinematic cardboard universe. “I planned to make an animation film, but we didn’t have the money,” says Bryld, who also had to scrap her shadow play idea, because the puppeteers were too expensive.

“It’s fascinating, and terrifying, that there’s still this one place in the world where people are stuck in a fictional world.”Vibeke Bryld

Instead, they got creative. Stacking cardboard pieces from old propaganda publications and other props on glass sheets, they shot the film like a puppet theatre. Any movement on the screen is caused by human interaction: elevating the snow with a blow dryer, turning the ferris wheel or spraying water on the sheets for rain. For lights, they used torches, and to create smoke they used incense sticks. “It was very much like a children’s playroom,” says Bryld.

In the end, she thinks the result, an oddly beautiful and textural postcard-like set design, suits the film’s theme better than her original conception. “Because the film is concerned with what reality is made of, I wanted to experiment with layers upon layers in an old-fashioned theatre setting. In concrete terms, construct a reality” •

Pebbles at Your Door, selected for the Berlinale Shorts competition, is produced by Heidi Elise Christensen for Final Cut for Real with support from the Danish Film Institute’s Film Workshop.

Pebbles at Your Door in Danish Film Catalogue 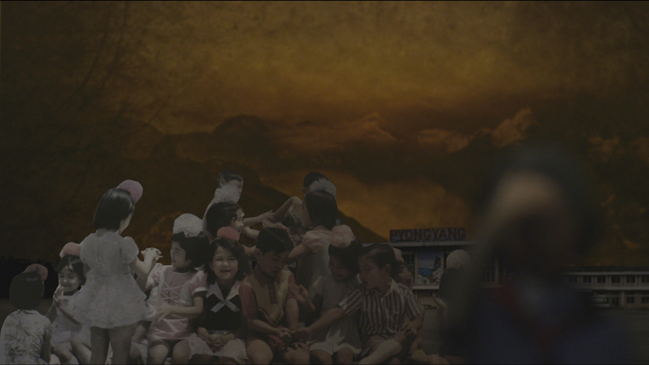 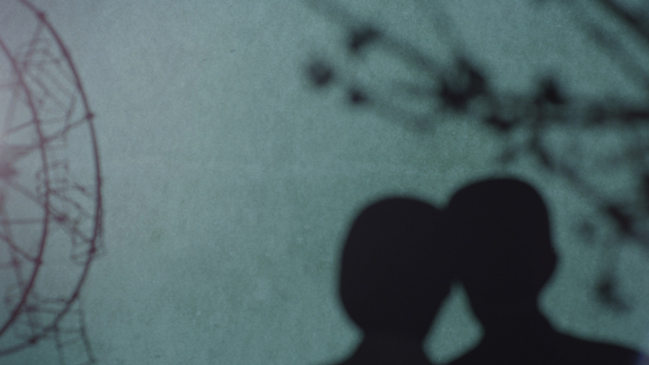 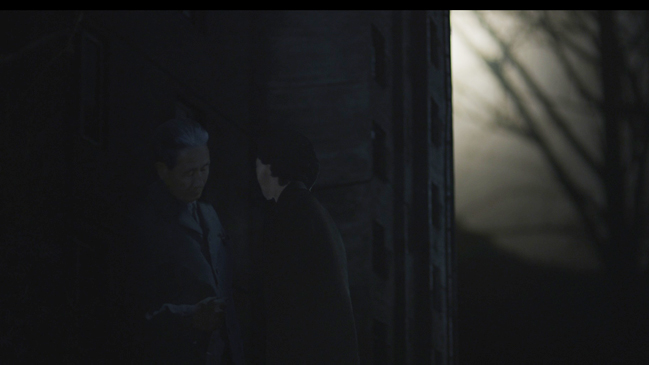 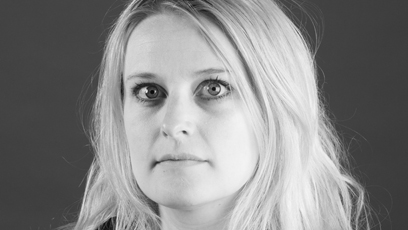 Director, writer, born 1976. Holds a Bachelor in literature and a Master in documentary filmmaking. Has directed short documentaries for Al Jazeera English, experimental documentaries and TV series.  Has a focus on memory and the physical and social  moulding of our reality. Her short film Bedtime Stories  from the Axis of Evil (2011) was nominated for a Robert award by the Danish Film Academy and was  in competition at Hot Docs. Pebbles at Your Door  (2015) is selected for the Berlinale Shorts competition.

Pebbles at Your Door in Danish Film Catalogue