Fencing is not all they have in common. Two films, Simon Lereng Wilmont’s The Fencing Champion and Lea Hjort Mathiesen’s Malek Means Angel, record with great sensitivity the intimate world of two children on the cusp of adolescence.

As often happens in documentaries, it was circumstance that brought Malek, a Tunisian girl, to Lea Hjort Mathiesen’s attention. A partnership between the National Film School of Denmark and the non-profit organisation IMS had dispatched the Danish director to Tunisia with nothing but a camera and a return ticket. All she knew in advance was that she wanted to film a young girl in motion.

One day, she stopped by a big white, rundown basement where a group of children were fencing and she knew that she had found was she was looking for. Their dance-like movements across the floor transformed the room. It was like a mash-up of the Renaissance and something very futuristic, the filmmaker recalls.

“I was observing the children’s movements, as they tried out power stands and internal dynamics. Suddenly, Malek showed up. There was something about her face. She’s a really pretty girl, of course, but she’s also incredibly expressive. It was like she instantly invited me into her world. The moment my camera found her, I started filming. We had no common language, but there was a mutual understanding between us, a natural connection,” Hjort Mathiesen says about the protagonist of Malek Means Angel, a girl who dreams of becoming a fencer.

Nor was there any doubt in Simon Lereng Wilmont’s mind when he found his protagonist, Ruben, a master of the épée who lives and breathes his sport with every ounce of his 11-year-old body and soul.

“The first time I saw Ruben compete, there was frustration and tears of joy. I wanted to examine what makes a winner, what it takes to win tough competitions and how to move on if you lose. But then another story emerged that became at least as important. That was the story of Ruben’s growing infatuation with Marie,” Wilmont says.

Malek and Ruben are on the cusp of adolescence. It’s a vulnerable age that fascinates both directors, and they both capture it with poetic sensitivity.

Love Songs in the Dressing Room

As a filmmaker, Hjort Mathiesen is drawn to the study of girls before they become teenagers – when the world is at their feet, energy levels are high, and presumptions about what it means to be a certain gender haven’t started to cause restrictions.

“The most important thing for me,” Hjort Mathiesen says, “was to tell a story about this particular stage of life. This phase where you still have access to the carefree and playful world of children an where girls like Malek haven’t started to limit themselves by expectations as to what they should or should not do. A phase where female and male roles are played out, even if it’s just among girls. It’s like playing house when you are little, only now as the rehearsal before the actual play.”

Malek also showed a side of herself that took the  director by surprise. “When Malek burst into these  beautiful love songs in the dressing room, she invited  me to see a whole new side of herself. Here is a girl  who may not know love between a man and a woman  yet, but who certainly showed extraordinary emotional  depth. Her songs became the key to the intimate space I wanted to create,” the filmmaker says.

“What I didn’t know was that it’s not considered proper behaviour for a young girl to sing such heartfelt love songs. When there was a loud knocking at the dressing-room door, I thought the parents were just impatient because they wanted to take their children home. Later, I learned that she was being reprimanded through the door.”

No Voiceover to Explain

Simon Lereng Wilmont’s The Fencing Champion also trusts that you don’t have to take the audience by the hand and explain everything to them. Neither director uses a voiceover or long, explanatory captions. The films are windows into a transitional phase in life and the audience tag along with the directors, who observe without interfering.

“You get more nuances when you stay away from explaining.”Simon Lereng Wilmont

“You get more nuances when you stay away from explaining,” Wilmont says. As he learned, it’s no use trying to direct the children. “If I tried to set up certain guidelines for their behaviour, the whole thing fell apart. Then when I left them alone, real things started happening. The freer they were, the more I got out of them. I learned to look for that.”

He spent time just hanging out with Ruben and Marie, goofing around and playing. “You have to know when to put away the camera,” he says.

“Children generally don’t have the same kind of filters as adults, which makes working with them so hard but also so much fun. When I film kids, they’re definitely being real.”

A Need for Something Less Simplistic

Both filmmakers literally got on their character’s eye level by holding the camera to show us the world  from the children’s point of view. This had the effect that they were accepted into the group of children.

“I was interested in the intimate moments that occur between Malek and her friend Yassmine,” Mathiesen says. “To do that, you have to be on their level. Emotionally but also technically. I constantly shot with my knees bent,” says Hjort Mathiesen.

While Hjort Mathiesen didn’t make her film with a target audience of children in mind, Wilmont’s The Fencing Champion is intended for a young audience. As a filmmaker and a parent, Wilmont thinks all children would benefit from having something less simplistic to look at than the standard children’s channel fare.

“It will teach them to see the world through other  lenses than the American one, which is so dominant on TV,” Wilmont says. “People have a tendency to think children need to have everything served on a silver platter.”

The Fencing Champion is produced by Monica Hellström for Final Cut for Real. Malek Means Angel is a student film produced at the National Film School of Denmark. Both are premiering in Kids & Docs at IDFA. 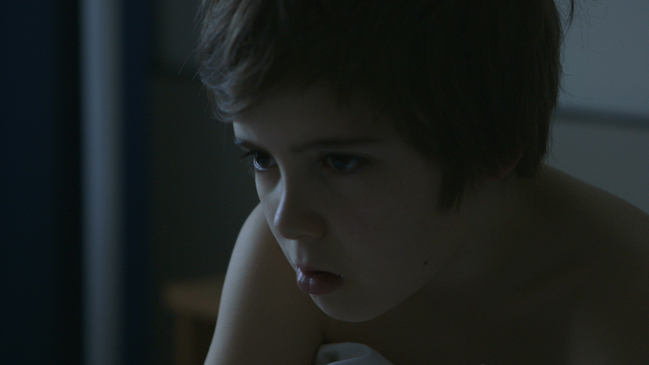 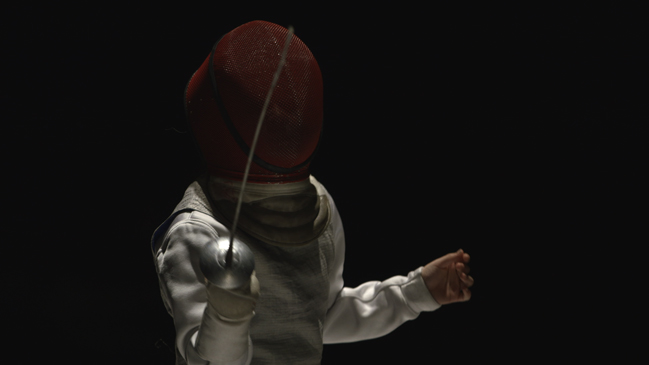 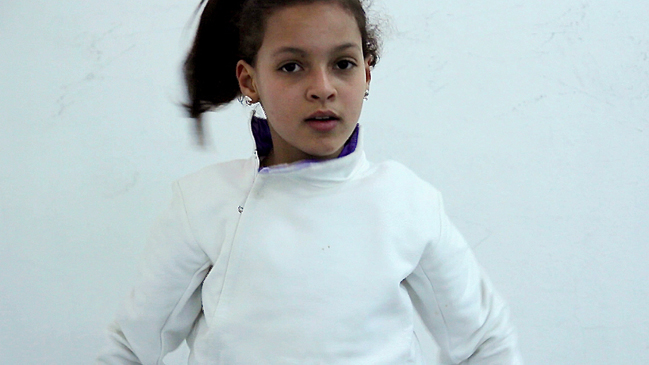 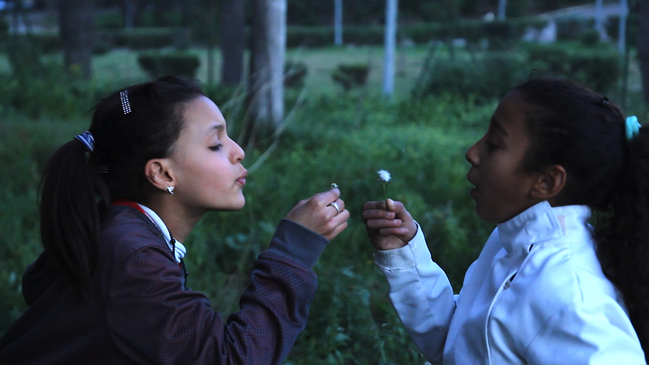 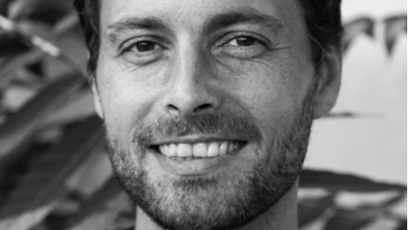 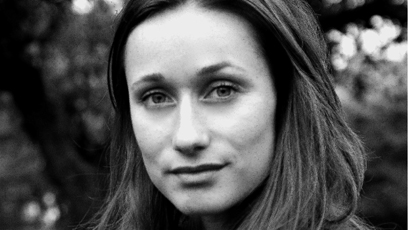 Director, born 1983. A student at the National Film School of Denmark, graduating in 2015. In early 2014 she travelled to Tunisia under the project One Month, One (Wo)man, One Camera, a partnership between the Film School and the  non-profit organisation IMS (International Media  Support). She returned with the footage for Malek Means Angel. Selected for Kids & Docs at IDFA.

Ruben’s face isn’t hard to read. If he does well in a fencing match, he beams. If he does poorly, he gets upset and cries. Pulling in close, Simon Lereng Wilmont shows us the turbulent emotions cursing through Ruben’s body as he is preparing for the big annual championship. Winning means everything to him. However, as he has moved up a level, the opponents are older, bigger and better. He has to give everything he’s got to succeed. Plus, Ruben has his budding friendship with Marie to think about and the confusing feelings that go with it.

Malek takes fencing lessons, but she values her time with her friend Yassmine just as much. During practice they concentrate, training intensively for an upcoming tournament. In between lessons, Malek sings to her friend and they talk about the future as they sit outside the fencing hall, giggling and daring each other to pull pranks. They are thoughtful, playful girls with a newly developed curiosity about the opposite sex. Lea Hjort Mathiesen’s documentary is a musical study of a young girl’s movements, both physically and metaphorically.